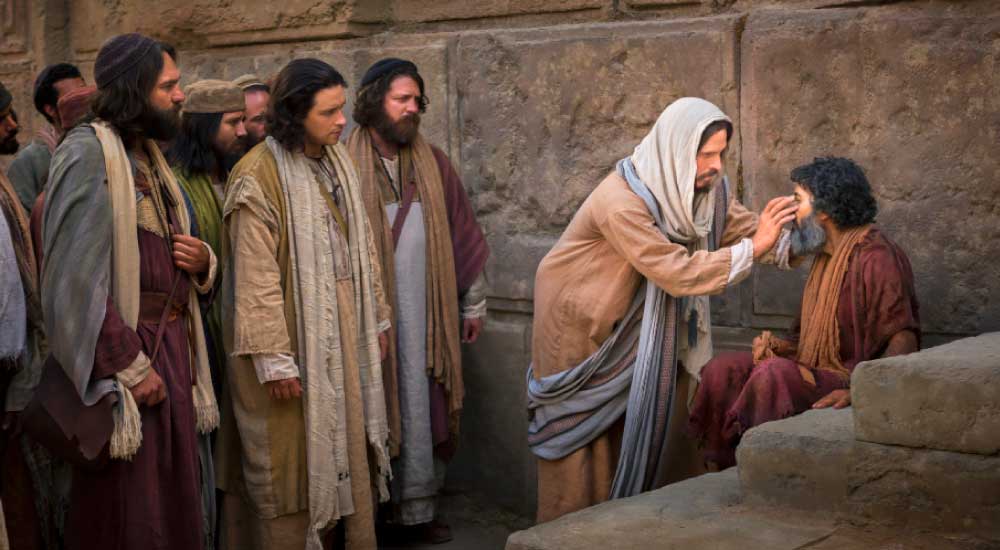 This morning I noticed a headline on KSL.com titled, “‘What Jesus would have us do’: Utah religious leaders urge support of Medicaid expansion initiative.” I was especially intrigued to know whether my own religion, The Church of Jesus Christ of Latter-day Saints (or LDS Church), would be officially referenced in the article, so I clicked through and read the statements of leaders of various churches in Utah describing how the Bible teaches that Jesus somehow advocated for bloated government programs, albeit they certainly didn’t describe it that way. The news article did, in fact, reference the LDS Church, but the reference (a guy named Eric Biggart, whose position is the chairman of the “LDS Caucus of the Democrat Party”, only about 10 levels removed from being official) is as ambiguous and irrational as the idea that Jesus wants a bigger Medicaid program in Utah.

The issue at stake here, and which these Utah religious leaders fail to understand, is freedom versus compulsion. Jesus specifically said that his mission was to bring freedom.  In Latter-day Saint theology, thought to be a dominant motivation for much of what is done in politics in Utah but something that most of the quoted religious leaders (except the LDS Caucus guy) wouldn’t be expected to understand, compulsion is understood to be a tool of the devil. Compulsion very often comes in the form of bigger government, more taxes, more dependence by more people upon a system that tends toward being corrupt. One thing that should be very clear from reading Jesus’ teachings in the New Testament and observing the reasoning behind the new Utah Proposition 3 Medicaid expansion initiative: The Medicaid system itself, similar to other government welfare programs, and the ideology behind extending it even more, are not consistent with Jesus’ teachings about freedom and self-reliance.

Should Your Goal Be to Qualify for Medicaid and Other Welfare Programs?

I remember a highly illustrative experience I had while a student at Brigham Young University more than ten years ago. My wife and I were talking with some new friends of ours, another LDS couple in who lived just across the street in our apartment complex in Provo. We were telling them about a business we were working on, and excited to share with them the growth we’d seen in sales and our income. The response of the husband, a law student working his way through the BYU program, was this: “Just make sure you don’t make over $1,800/month, or you’ll lose your eligibility for Medicaid.”

I thought to myself, “Seriously? That’s what motivates you?”

Especially in the context of a conservative social environment that dominates my religious circles (this guy’s as well), I was blown away by the idea that someone would think that a legitimate strategy for me would be to shrink from my potential, limit my abilities, and not live up to what was possible for me simply so that I could lean on the government and have them take care of me.

Oh, and by the way, in this situation and others involving public welfare systems, it’s not the government taking care of anyone. The money that would make up for the shortfall I’d create if I followed this guy’s strategy doesn’t come from government, which doesn’t produce anything. It comes from a government wrangling money from someone else who chose to live up to his work potential so that it could be doled out to me.

That whole thought process is corrupt and damning. Utah doesn’t need more of it. Nobody needs more of it.

As I read the KSL article, I tried to follow the logic and trace how any religious person could get from “Jesus helps sick people” to the idea that people should pass legislation that allows the government to help sick people. Even in the hypothetical but unrealistic case where the government had an effective, “love thy neighbor”-based delivery mechanism that transferred people’s tax dollars to the poor, the logic still doesn’t follow. When we as a population expect that the government’s got the poor’s backs, we tend to be LESS like Jesus. Why would we help the poor and less fortunate when there are government programs that give us a pass? And what is our emotional connection to the poor when it’s our tax money that is simply removed from paychecks and in other subtle ways that don’t we certainly don’t associate with giving food, shelter, or clothing to the needy. There is no direct accountability by those whose taxes are raised yet again towards those who really need our legitimate help, our time, our

In my religious service, I’ve had many opportunities to sit with people who, because of everything from bad choices to outright laziness, are dependent upon Medicaid, food stamps, and the government. I’ve watched as they’ve lost the happiness, the pride, the satisfaction and confidence that comes from working to provide from oneself stripped from them by an addiction to welfare. It’s not much different from a harmful drug.

I’m here to tell you, as one who has studied the life and mission of Jesus Christ, I feel confident that expanding Medicaid is absolutely not what he would do. Instead, I believe he’d tell you to spend your time showing the poor how to get off the system.