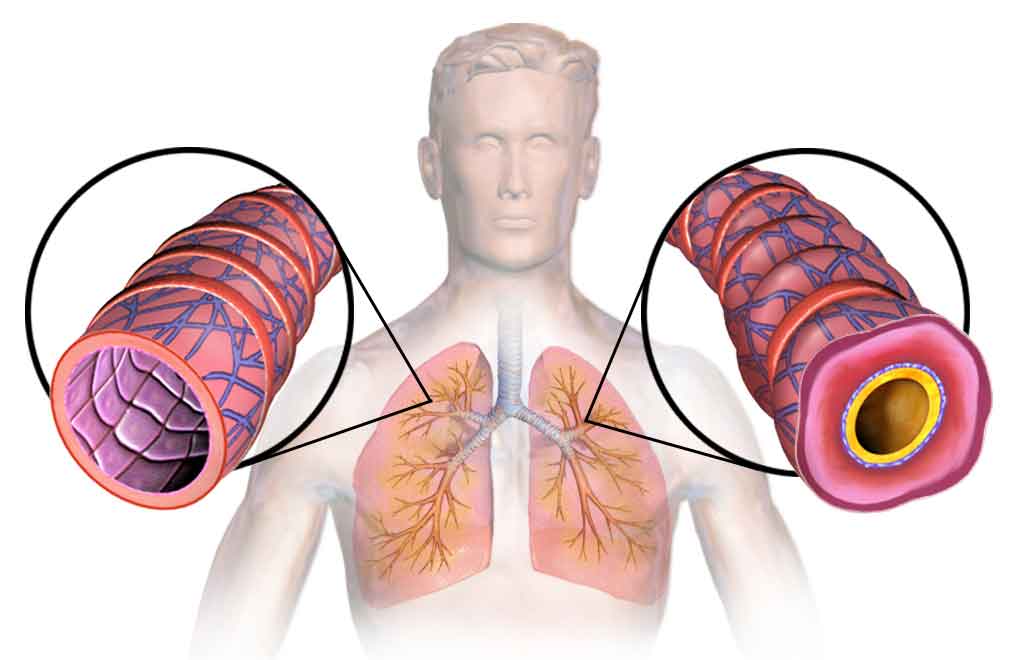 Over 25 million Americans have asthma, about 8% of our total population. For me personally, asthma has affected my household since I had to learn to deal with it starting as a child. Now, as a married father of several kids, I am helping three of my six children try to overcome consistent bouts of wheezing, shortness of breath, and difficulty sleeping at night due to asthma. My wife and I have been working on a permanent solution to asthma for our family for over decade.

To understand how to treat asthma, it’s important to first of all understand what causes asthma.

What Exactly Is Asthma?

Asthma is a chronic disease that makes it difficult to breathe. Asthma involves inflammation of the air passages. When the air passages are inflamed, the delivery of oxygen to the lungs is restricted, causing the sufferer to experience shortness of breath, wheezing, coughing, and tightness in the chest.

In general, the condition of a person having chronic asthma comes from a combination of genetic and environmental factors. Over the past several decades, the number of people diagnosed with asthma has increased. The CDC reported that during the number of Americans with asthma grew by 28% over the 10 years following 2001. This increase in asthma sufferers over a just one decade suggests environmental changes (not necessarily just from that time period) that are causing more people to have asthma.

The reasons why the air passages of those with asthma tend towards inflammation vary, and are not well understood. This is evidenced by the lack of permanent cures for chronic asthma. Instead of a cure for the disease, modern medicine has only produced temporary relief through inhalers, pills, and other forms of medication. In my experience, on many different occasions with three separate children, when a parent visits a pediatrician or other doctor to treat a child with asthma, the most common solution seems to be, “Hopefully he’ll grow out of it when he gets older.”

Asthma symptoms don’t normally begin to show up in a child until at least 2 years old. Many children who will experience asthma in their childhoods have shown symptoms by age 5. By 10 years old, nearly half of those who will develop asthma at some point in their lives begin to experience it.

People who suffer from asthma typically have parents or other relatives who have asthma as well. A report published by the National Institutes of Health explains that asthma is caused by “multiple interacting genes”, which makes a single genetic cause difficult to isolate. Medical researchers have discovered over 40 genes in humans that they believe to be related to asthma.

Of the genetic factors that have been found to be related to asthma, one stands out based on findings of recent research. As reported in the Scientific American in 2007, mutations of the ORMDL3 gene “increased the risk of asthma by 80 percent and potentially contributed to the disease in 30 percent of asthmatic children.” Based upon the finding, medical scientists are currently investigating whether it’s possible to create a drug that can overcome the asthmatic influence of the gene mutations.

Environmental factors for chronic asthma are much better understood than genetic ones, although, as mentioned above, the onset of asthma is thought to be caused by a combination of genetics and environmental influence.

Chronic asthma can be induced by clearly identifiable factors that negatively affect the lungs such as long term exposure to tobacco smoke and air pollution. Those issues are often much easier to recognize and avoid than what is understood to be the most common environmental factor for asthma: allergies to either food or environmental stimulants. These environmental culprits are much more difficult to isolate, because of the complex interactions humans have with food and environmental allergens.

Many of the foods we eat cause allergic reactions that lead to asthma. Milk, eggs, wheat, soy, peanut, and fish are the biggest offenders. Also, food additives and preservatives like sulphates and tartrazine, which are added to food to give it a longer shelf life, are significant contributors to asthma. If you suffer from chronic asthma and have these things in your diet (most people do besides those who have consciously crafted their diet to avoid them), it’s likely that one of the things on that list is at least partially to blame.

Several food allergy tests (including blood tests and skin prick tests) are available to help asthma and allergy sufferers find out with more precision what foods they’re allergic to. Taking one of these tests will help you focus on what could be causing asthma for you specifically.

Besides the food and liquids we ingest internally, our bodies are constantly exposed to factors in the environment that can cause asthma. The most common environmental allergy offenders are: dust mites, pollen, molds, pet dander, cockroaches, and dander.

The majority of people who suffer from asthma are affected by one or more of these. Similar to testing for food allergies, there are tests you can take to see what environmental triggers might be causing your chronic asthma. Once you’ve identified the specific allergens are causing problems for your body, you can create a plan to avoid them.

For my own family, the most aggravating of the acute triggers for asthma attacks include grass and trees along with animals, especially dogs, cats, and horses.