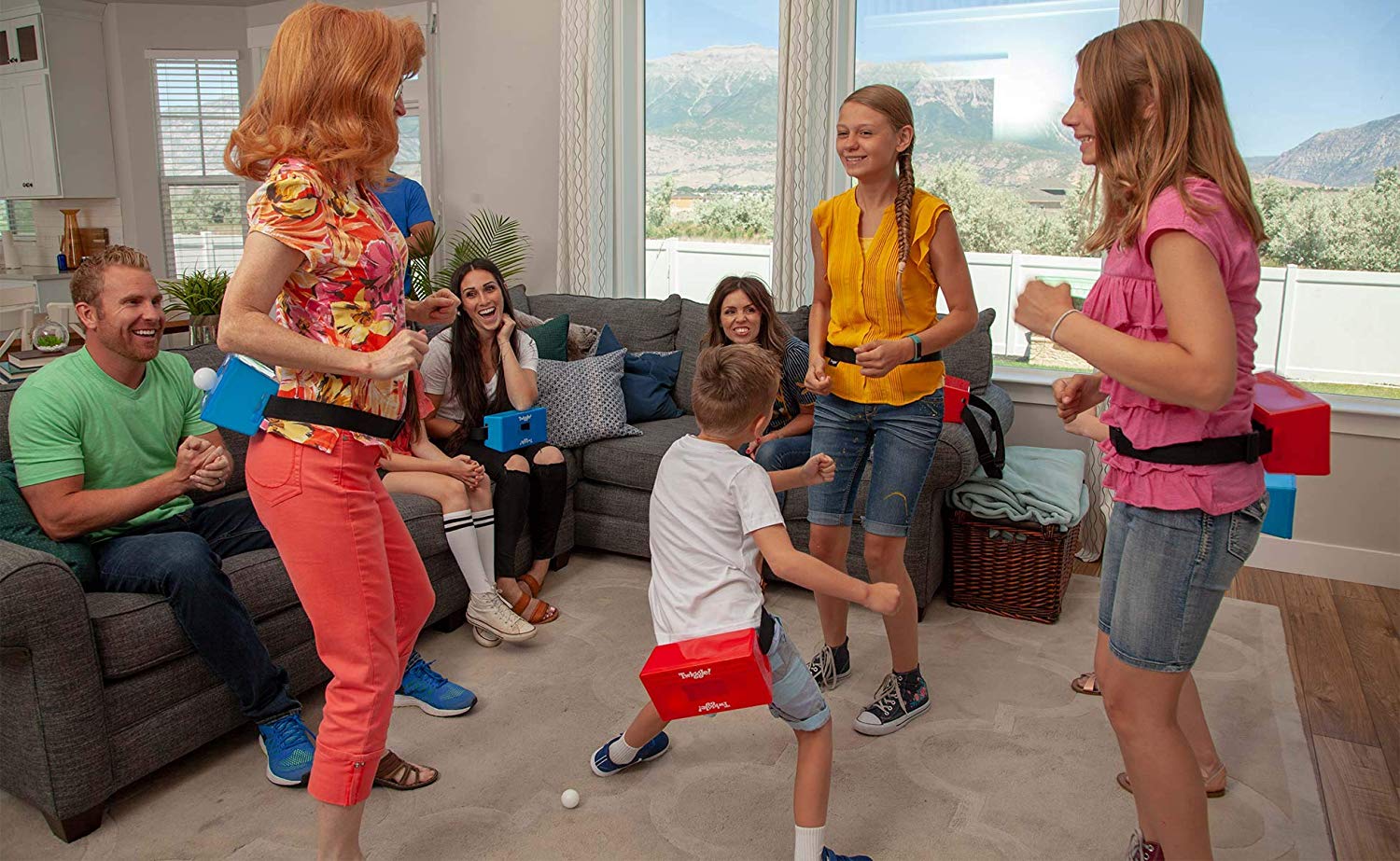 Soon we’ll take a week or two break from school, work, and all the hustle that occupies the rest of the year, and we’ll take some time off to celebrate Christmas with our families.

This time of year means, for a lot of people (including me), getting together with extended family, in-laws, friends, and a few other random people who got invites to your get together. At some point, you’ll have maxed out your eating capabilities and gulped down enough eggnog that you’re simply ready to kill some time.

Traditionally, after we’ve watched as many meaningless bowl games between college football teams with 6-6 records as we can handle, the Christmas season is when a lot of us fill up the extra hours with the stuff that memories are made of: playing some intense party games with family and friends.

I’ve made a list of my top three Christmas party games for 2018.

[By the way, these games also work well for other holidays; including New Year’s and others. Christmas happens to be the biggest celebration in my home. So that you know, I consider these results to be somewhat scientific. Mostly because I’ve taken several engineering and statistics classes, experiences that kind of make me a scientist.]

Before I tell you about my choices, I’m going to give you some context for why I chose these games so that you can understand where I’m coming from.

I’ve found out over the years of attending parties during the holiday season that even the historically popular party games can be duds in one way or another. For instance, when my wife and I beat several of my siblings in Scrabble after scoring a 50-point turn by spelling equalize with an ‘s’ (how the Brits do it), some folks who are normally well-behaved lost their cool and ended the game with insults and accusations. We had to rule out that game from then on. The determination of what actually qualifies as a word is just too difficult. People apparently get really serious about it!

Whenever I play Settlers of Catan, there are always these awkward moments when someone decides to put the robber on your spot and take one of your resource cards. You end up hating that person for the rest of the game…and then some. Worse, when someone realizes you’re about to get enough points to win, thereby ending this torturously long game so you can finally go take a bathroom break, they intentionally build a longer road and snatch your pending win away just like that.

Based on past experience, my best Christmas party game picks for 2018 couldn’t be long, drawn-out chess matches, where good friends leave as staunch enemies.

Also, after eating and sitting and eating and sitting for most of the break, it’s fun to be able to do something active, something that gets the heart rate up. It’s also nice to see how people act when they’re slightly out of their element. For this year, I wanted a game that takes some strategy, doesn’t require several hours to play, and has some active component to it.

This year’s winner is a game called Twiggle.

Remember the Junk in the Trunk game from the old Minute to Win It game show? Finally someone has made it so that you don’t have to spend half your playing time rounding up tissue boxes, belts, and ping pong balls to play that game. The game is named well, since winning at it requires some elements of twerking and some bits of wiggling.

I got a couple boxes of the Twiggle game to play with my kids and my wife. Here’s how thing went down.

Our kids have way more energy than the adults, so they volunteered to go first. We decided to let them play right before bedtime, which was likely a mistake since it got them wired, but it was the weekend, so no big deal.

After the kids played a regular round of Twiggle, I changed up the rules to make it harder on them. I made them play the game on all fours, like bucking broncos. Apparently that configuration doesn’t work well, and the idea would come back to haunt me as you can see in one of the videos below.

This game is literally shocking!

There isn’t quite as much strategy involved, but Shocktato will have you on the edge of your seat in suspense, whether you’re participating or not. The idea that someone is going to get shocked at any point while this crazy time bomb is being passed around adds a lot of fun to it.

It’s nice that the creators of this game realized that some people want to play without getting the fire shocked out of them. The game includes three different levels of pain, including the lowest one, which delivers no shock at all.

One thing I noticed about this game is that you have to be a little bit careful about having breakables around. The Shocktato can turn into a collectibles breaker really quickly, so before you play the game, maybe clear out the area around it in case a young kid or a zealous adult miss their passing target big time.

Watch this group play Shocktato to get a better feel of how it might fit into your circle of family and friends.

This game is another great one for adults and kids to play together. The game involves physical participation and movement, a little bit of strategy, and some creativity.

Here’s a quick video explanation and demonstration of how to play The Floor is Lava.