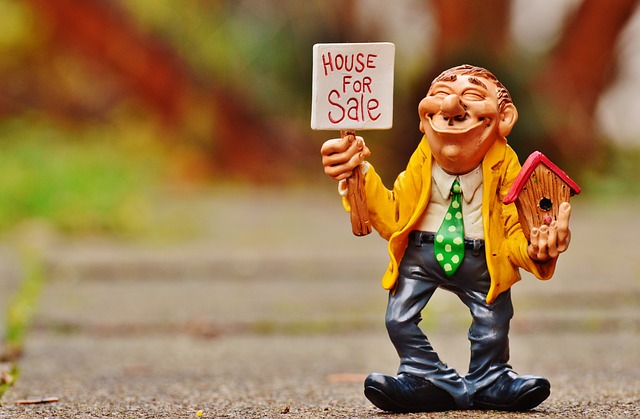 The majority real estate transactions involve at least one real estate agent. Often, the seller of a piece of property hires an agent to represent his interests in selling the property for the highest price possible while striving to achieve the best terms for the seller. For a buyer or real estate, an agent is expected to represent his interests in negotiating a lower price and the best terms possible. In performing these responsibilities, real estate agents are considered fiduciaries. As they act on behalf of their clients, agents are expected by law to fulfill their roles as fiduciaries. However, in too many cases, including examples that I’ll share below, real estate agents are driven by conflicting interests (including the natural desire to receive a commission on a real estate transaction) that cause them to abandon their fiduciary duties.

If you’re hiring a real estate agent to represent you, whether you’re selling or buying a home or other real property, it’s important that you understand what those specific obligations are so that you can hold your agent responsible for performing their fiduciary duties.

This obligation as a fiduciary to a client (also referred to as a principal) typically involves these specific duties:

For those who have interacted with real estate agents, it’s easy to see that this set of fiduciary obligations is not often lived up to. In my own experience, almost every time I’ve bought or sold property, I have interacted with agents who did not live up to these obligations. I will share some examples. Based upon my experience dealing with real estate agents, I would caution anyone preparing to sell or buy a property to make sure that you are hiring someone you fully trust, and whose professional skill in real estate makes that person worthy of receiving a commission from the transaction.

Working for Coldwell-Banker in Utah

Several years ago while I was trying to kick off a new family automotive business, there were some important real estate decisions that needed to be made. Because I was new to the process of buying real estate, I decided I needed to understand it better. My approach was to take a real estate licensing course and get a license for myself. After the family business didn’t work out, I decided to become an agent with Coldwell Banker in Orem, Utah. As a new agent, I was assigned to a team and given a couple mentors who were assigned to help me build my real estate business. What I saw while working as a real estate agent shocked me, and made me decide to abandon my under-informed choice to deal in real estate.

“Those Condos Are Sold Out”

One particular example is illustrative of the kinds of things I saw agents do that were clear breaches of  fiduciary responsibility. While talking to a fellow member of my team, he gave me some advice about how to deal with builders, who often offered lower, flat commissions to real estate agents who brought buyers to their housing projects.

In this case, the agent represented two college student women (long-time personal acquaintances of his who trusted him enough to hire him as their agent) who were highly interested in purchasing a condominium in a new development in Saratoga Springs, a location that they felt was convenient to allow them access to the where they both worked and went to school. In his process of scheduling homes to take his clients to see, this agent called the builder in this subdivision, Salisbury Homes, and asked how much of a commission they paid to buyer agents who brought clients to shop for a home. He was told that they paid a flat $2,000 commission to agents.

The agent then called the sales office of a builder for a project that was located in a city (Eagle Mountain) much less convenient (an additional 15-minute commute each way) for these women. When he found out that they paid a 3% commission, which would an extra $1,000 on a condominium priced similarly to the one in the Salisbury Homes subdivision, he told his clients that the Salisbury Homes condominiums were all sold out, and that there were no more available.

In this case, these women trusted that the agent was acting in their best interest, and ended up settling on an inferior living situation. Scenarios like this play out every day in the real estate world.

Just prior to becoming a real estate agent, I had attempted to sell my home through an agent who contacted me about hiring him to list my property after seeing a for sale by owner sign in my yard. I scheduled an appointment with him, and he very professionally sold me his services. Naive, I signed a listing agreement with him, although I was a little nervous about what he was promising.

During the listing process, this agent told me that, based on the comparables he saw, I could get $190,000 for my home, and that I would likely be able to attract a legitimate buyer within a 2-month period. It was late spring, and the summer real estate market was just heating up. I told him that I wondered why someone would be motivated to buy my home, which had been lived in for a year, instead of purchasing one of the home plans similar to mine that was still available to be built by the same builder who built mine in the same neighborhood for prices listed in the  $160,000 range.

After several months, my involvement with this real estate agent had resulted in several home tours, but none of those who came through seemed very interested in even making an offer on my home. I repeatedly asked my agent if the price was too high, and suggested several times that I’d be better off lowering the price. Each time I brought it up, the agent assured me that the home was priced well to sell, and that I just needed to be patient.

As the summer turned into fall, I recognized that the season for selling my home had passed. I was frustrated that I hadn’t been successful selling my home. My agent’s advice? Lower the price…by $30,000…to make it competitive with other similar homes in my neighborhood.

When I later became an agent, I learned about the strategy (from other agents in my office) used by the agent I had hired to sell my home. His intention was to use my home as a collector of buyers. As they drove by my home and called my agent to find out about the property, he would sign them up as buyers using an Exclusive Buyer-Broker Agreement, and then he would take them to find homes that were “better deals” than mine.

That experience was frustrating. The agent had used my home for marketing, with very little intention of actually selling it.

That kind of thing apparently happens all the time.

Planning to Use an Agent? Know Your Rights and Their Obligations

As the two examples I share above illustrate, whereas most people who use a real estate do so because they believe that that agent is more educated about real estate and better at acting on their behalf than they are themselves, the truth more often is that agents are not concerned nearly as much about their fiduciary obligation towards one particular client as they are other aspects of their business. It can feel like you’re leaning against what you considered to be a solid support, only to have that support pulled away, leaving you vulnerable.

For that reason, lack of loyalty alone, I often recommend that people consider selling their properties by owner or leaving an agent out of the picture when purchasing a home from a seller. I have sold and purchased without an agent several times, and I’ve never been disappointed.

If you do choose to hire a real estate agent, knowing your rights and understanding what their legal fiduciary responsibility is will usually protect you from being taken advantage of.