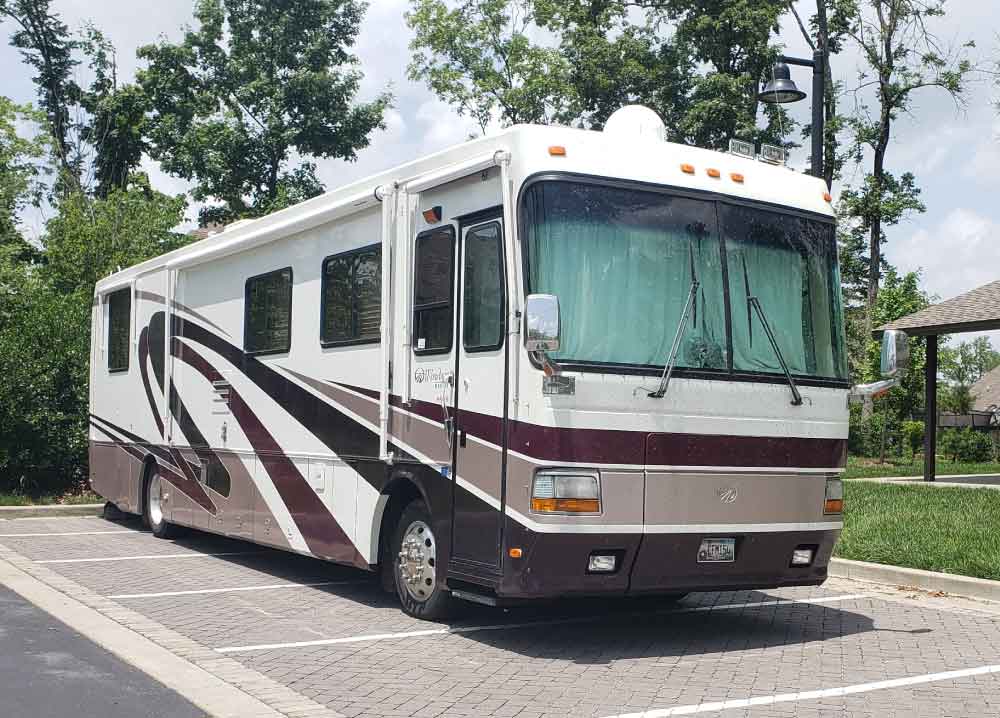 About seven years ago, I took my family on a trip to Yellowstone National Park. We had some friends with us who were visiting from China. We thought it would be a good idea to show them one of the novel things Americans do while they are traveling, so we rented a motorhome just outside of Yellowstone Park to use for that week of touring the park. Our Chinese friends for whom this was the first trip visiting the United States, were amazed at the experience of driving a home.

Two summers later, we decided to take our family on a 5,000 mile trip from Utah, to Texas, to Florida, up the East Coast, to Washington DC, on to Niagara Falls, the Great Lakes and to see some historical sites in the Midwest before returning home to Utah. Again we had a blast. For this trip we rented a 30 foot motorhome from Cruise America.

After the second motorhome traveling experience, we decided that we wanted more consistent access to a motorhome, one of our own. Over the next several years, we bought a sold 2 different motorhomes. In fact, I just recently sold our latest motorhome. The process of selling our most recent motorhome has caused me to think through the pros and cons of owning your own motorhome. I’m going to share with you my experience and advice to help you make a more informed decision about whether owning a motorhome is a good idea for you and your family. Also, I will share with you some tips from what I’ve learned about how to purchase and use a motorhome without having a bad experience because of maintenance requirements and costs.

Based upon my own experience and from lots of discussions I’ve had with other motorhome owners (including ones who were selling RVs that I’ve been interested in purchasing), I know that there is a big tendency by people generally to be short-sighted, underestimating what’s involved in terms of the financial and time commitment involved with owning a motorhome. In discussing the pros and cons of owning a motorhome, I can’t stress enough that the decision to purchase a motorhome should be made in context with your overall financial plan. The lure of fun and adventure can quickly give way to financial stress and the feeling of being overwhelmed at having an expensive asset that continues to eat away at your cash reserves, or even worse, put you further in debt.

Pros of Owning a Motorhome

If you enjoy the motorhome version of traveling and are thinking about purchasing a motorhome, you’ve surely thought of several reasons to just go ahead and get one. Here are some of the things I have enjoyed most about owning a motorhome.

Cons of Owning a Motorhome

Now that we’ve talked about the positive aspects of owning a motorhome, it’s time to address the side of RV ownership that is not so pleasant. I bought my most recent motorhome, a 1999 Monaco Windsor, for $43,000 last summer, then ended up only being able to net $18,000 when I sold it recently. I’ll explain more about why I took such a big hit in just a year’s time a little later, but I’ll just say that it hurt enough to make me much less eager to buy my next one.

Alternatives to Traveling with a Motorhome

While planning to move my family from Utah to Tennessee recently, I decided that we would take our 40-foot RV since we had a week between the time that our home in Utah sold and when our rental home in Tennessee would be ready for us to move in.

Later, as I calculated the costs associated with using our RV to make the trip, including the loss in value because of added mileage, the additional cost of gas, and lost value that came when I ran into some rocks, it became clear that I would have come out much better financially driving something else across the country or even flying my family out and staying in a hotel.

It is natural to think that if you want to go to multiple cities throughout the country on a trip, a motorhome is the best solution. If you look at the cost of using your RV for trips like that versus taking an airplane or riding in your car and staying in hotels, you’re likely to find that the motorhome is the most expensive option. If you do decide to use a motorhome, it will likely be because of the value you place in the experience of RVing itself.

Purchasing a Motorhome: What I Learned

Each of the two times I’ve purchased a motorhome, I’ve had some regrets after the fact. Mostly they revolved around making a hasty decision and not spending enough time checking out the motorhome thoroughly enough so that when I took possession I was disappointed in some things I found out later.

For instance, when I bought my most recent motorhome, I was in a hurry to get on the road. My wife and I had looked at a couple RVs, but not enough to feel confident about what we wanted or to know enough to make a good decision.

We found an older RV just out of Park City, Utah. When we went to see the RV, it was apparent that either the fellow selling it (who claimed that “everything worked perfectly” on it) didn’t understand how to use things or they simply didn’t work as intended, especially the electrical parts of the vehicle and carriage.

Soon after we bought the RV, we realized that some of the issues with the electrical came from the fact that the batteries were much older than their life expectancy. We had to spend almost $1,000 just to get new batteries.

There were other parts of the RV that didn’t work as they were supposed to. Because we didn’t give ourselves enough time to find what we were looking for, we made a bad decision when purchasing this vehicle, and it ended up costing us about $20,000.

When you’re considering purchasing a motorhome, make sure you schedule enough time with the seller to review a checklist that includes demonstrating all electrical components, the water heater, the air conditioning and heating system, and all of the other critical parts of the motorhome that make it functional.