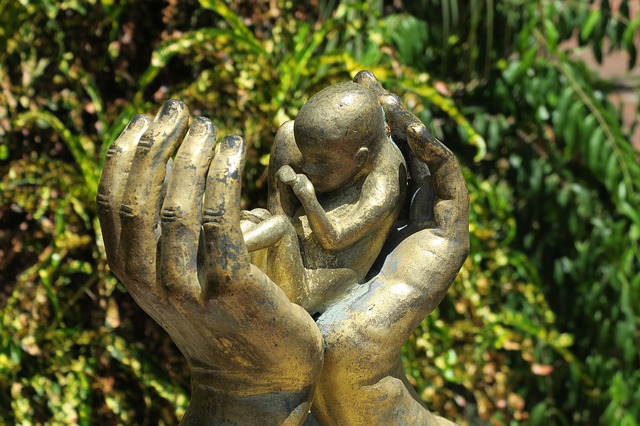 It’s no secret that Americans are actively shedding the Judeo-Christian moral conduct codes that have set our society apart from most of the rest of the world for generations. We seem to be highly conscious of the direction we’re heading. A Gallup survey started in 2002 that assesses public opinion about morals in the United States showing a steadily growing understanding that our country and culture are becoming more immoral.

The consequences of this moral decline have been predictable: higher crime, higher instances of depression and lower mental health, strained relationships, and an an overall lower quality of life.

But anyone who can read this at least has had a chance at life.

If you are one of the unfortunate souls to be conceived by a woman who lives in New York, your chances at life just took a major hit this week.

The state of New York has set a new level of depravity for modern American culture when Governor Cuomo signed into law a bill that allows for abortions to be performed right up until a baby is born. Despite the euphemisms (the terminology “reproductive health” itself used in the legislation’s name is highly misleading) used to assuage the guilt that would normally be felt by people with actual, functioning consciences over passing such a law, there are tragic implications. Put simply, thousands more children will be denied chances at life based on decisions made by their mothers (often under deceptive pressure from organizations like Planned Parenthood), undiscerning doctors looking for an easy paycheck, and others who comprise that growing segment of society that places highest priority on pleasure and selfishness while dismissing any obligation to do what’s right.

When news like this breaks, I can’t help but find myself wondering, “How did we get here?” It’s puzzling to see such large numbers of people who are willing to kill innocent children simply for convenience. One of the greatest statements of hypocrisy (and irony) came at the recent Women’s March from a woman who has become known for her lack of femininity. The new bully politician Alexandria Ocasio-Cortez committed to making “sure that the least among us is advocated for the most.” An honorable, thinking person would use (and have used) a statement like that to defend babies, the most helpless class of people. Ocasio-Cortez and other proponents of abortion are simply not honorable, nor thoughtful people.

Outrage over the new law from groups (most of them religious organizations) who are keeping up the fight for civility and decency has been significant, although ultimately unsuccessful. In the specific case of New York’s new law, there has been a targeted decade-plus long opposition to the policy of allowing abortionists to get away with as much as this law allows.

A statement released by the New York State Catholic Conference condemned the actions of New York lawmakers, specifically pointing out the inconsistency of Governor Cuomo, who purports to be a practicing Catholic.

“We thank all of our partners in the 12-year-long fight to stop this horrendous policy, and all pro-life New Yorkers who made their voices heard in an effort to stop it. Let us all pray for the conversion of heart for those who celebrate this tragic moment in the history of our state. And we pray in a special way for the lives that will be lost, and for the women of our state who are made less safe under this law.”

There is a very large faction in the United States of people who are intent on flipping good and evil upside down. The irony of concocting and passing this kind of law by those who know better was also pointed out in another part of the Catholic Conference’s statement:

“Many of the state Senators and Assembly Members who voted for this abortion expansion are mothers themselves, who felt their child toss, turn and kick in their womb, and delighted in the progress of their pregnancy. Many others, as well as our governor, are fathers, who held their partner’s hand as they viewed the ultrasound videos, watched their child squirm and rejoiced at the first sound of a heartbeat. Many of these same officials were themselves born into less-than-perfect conditions – poverty, health problems, disabilities, broken families. All overcame these issues to rise to leadership in our state, because their parents chose life for them.”

The biggest damnation of the argument of people who favor abortion is that anyone who argues in favor of it argues against his or her own right to be alive in the first place.

Somewhere in recent history, the concept of empowering women was flipped on its head. In the past, empowering women meant allowing them to vote, giving them access to education, and treating them as equals (albeit with distinctly separate God-given roles) with men. Society has come a long way with those objectives.

However, at some point along the way, the idea of empowering women somehow took a sinister turn. People with evil motives decided to mix objectives that do just the opposite, demeaning and demoralizing women, with the accelerating movement toward empowering women. These influences recharacterized a woman’s unique ability to create life in a way that men simply cannot (which is the most significant miracle of being female), and changed the idea of empowerment into an empty and hollow slogan: “My body, my choice.” That statement is not only a declaration of selfishness by any woman who uses it referring to her “right” to kill her child, but is a tragic misunderstanding and diminishing of the amazing ability a woman has to create a human intelligence.

One of the most disappointing scenes a person with values could witness is a group of women shouting, “Free abortion on demand! Can we do it? Yes we can,” That sentiment treats the killing of a child like it’s a streaming service like Netflix. Those were the words used by supporters of the RHA bill.

I’m grateful to be married to a woman who is as Christian as they come. She is loving. She is caring. She is unselfish. She is actively working to become like the Savior and emulate his perfect qualities. She would give up her life for any of our six (soon to be seven) children. There is a naturally high correlation between her selflessness and her opposition to abortion, just as there is a correlation between the utter selfishness

One of the most notable attitudes of those who are pro-abortion is their emphasis on “me.” If you dissect the lives of any of those who are prominent leaders of the movement, you’ll inevitably find their motivations rooted in selfishness. Sadly enough, their style of selfishness, disguised as “progress”, has found a way to flourish enough among American society that we now find a law on the books of our fourth most populous state that disregards the sanctity of human life in favor of a deplorable alternative.

I read an opinion article by Lila Rose (founder of a pro-life organization called Live Action) recently that describes the influences that have unfortunately created the foundation of the modern version of feminism.  Rose compared the two very different women’s marches that have been in the news recently. One, the March for Life anti-abortion rally held in the nation’s capital on January 18, 2019 she described “truly values the entire being of a woman, while the other [the Woman’s March held a day later in the same city] asks her to reject a significant part of herself to ultimately become ‘empowered.’”

Rose’s description of how abortion became associated with empowerment for women is striking. The process is filled with deception.

Until the 1960s, abortion was considered by feminist leaders as an offense to women. It was understood to be a tool used by men to oppress women, and the act was correctly understood to conflict with womanhood and what it stood for.

Then, in the 1960s, two male abortion advocates, a journalist activist named Larry Lader and a an abortion doctor named Bernard Nathanson successfully convinced influencers among the feminist movement, notably Betty Friedan (founder of the National Organization for Women, or NOW), to change their minds about abortion. Previous to their deceptive sales job to Friedan, feminist leaders understood abortion to be “the ultimate in the exploitation of women,” as was stated by early feminist Alice Paul.

Some of the lies told to feminist leaders in order to make abortion attractive included greatly exaggerated statistics about deaths of women from illegal abortions (5,000 to 10,000 per year were the numbers provided, when in reality is was less than 50 – nearly the same number as died from legal abortions – in 1972, the year before the Roe v Wade decision). They also fudged the numbers about public opinion, creating poll numbers that “indicated that 85% of the public favored unrestricted abortion, when we knew it was only 5%.”  Ultimately, Lader’s and Nathanson’s shenanigans caused NOW to declare the right to abortion as an official objective of the women’s movement.

The influence of those two evil men among others has been demonstrably connected to the deaths of millions of unborn children. I know that it’s taboo to judge, but I’d put money on them  rotting in hell for their work and its influence on American society.