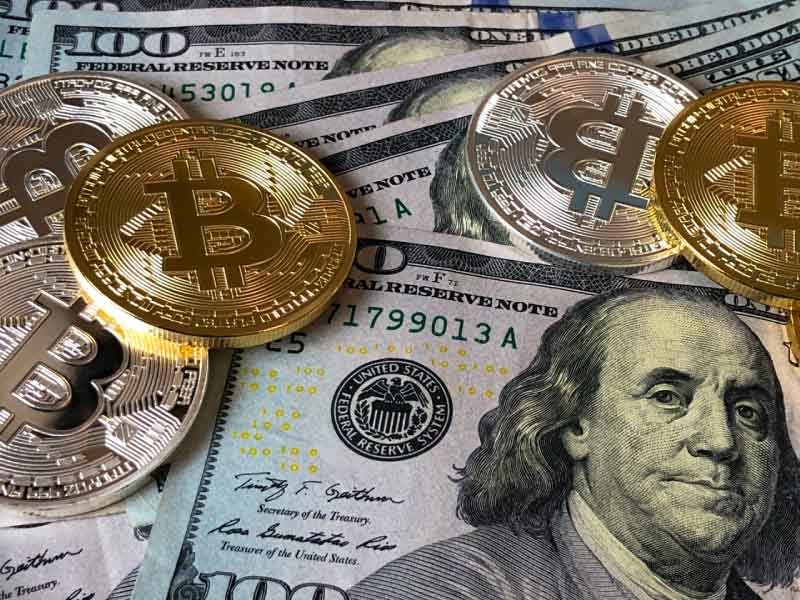 Sometime during 2010, I heard a lot of buzz in my work office, where there were lots of developers and other technical types, about a shiny new digital currency experiment that the most geeky of geeks in the office were referring to as Bitcoin. It seemed gimmicky to me at the time, besides being complicated, so I chose to ignore it despite feeling some temptation to investigate it and maybe buy some just to see what happened. At the time I when heard first about Bitcoin, the fledgling currency was up for grabs for as little as five to ten cents each.

My previous experience with investing in something I knew little to nothing about happened a decade before I ever heard about Bitcoin, in 1999 to be exact. Following the optimism of one of my co-workers, I had opened an eTrade account, purchased $1,000 worth (which was a lot for me as a college student intern, entry level programmer) of a company called JDS Uniphase, and went to work the next day eager to share my excitement about being a co-investor with my work buddy. When I told him the news, he responded that he had sold his stock in JDS Uniphase, and that it was in the process of tanking.

“Well, that would have been helpful to have known yesterday.”

Within the year that followed, I finally closed my eTrade account after having locked in a complete erasing of my $1,000 investment, plus some extra thrown in for eTrade administrative fees. The whole experience made me pretty gun-shy about investing, especially in things that were complicated or that required knowledge that I couldn’t easily obtain.

Just over a month ago someone told me they had a friend who had just cashed out some of his Bitcoin stash, which amounted to half a billion dollars. He’d purchased it nine years ago when the price was at about 10 cents each. After hearing about this Bitcoin success story, I mentioned to my wife that I’d thought of buying a thousand dollars worth of the cryptocurrency when I first was told about it in 2009. We calculated how much I’d missed out on because I decided against it: a whopping $72 million!

Oh well. We’ve had a good life over the past ten years without winning that lottery.

This and other interactions with Bitcoin have given me a lot more education about Bitcoin and other cryptocurrencies. I’ll share with you what I’ve learned.

How Currencies Have Traditionally Worked

What we know today as currency (or more commonly money) has been a part of economic interactions for almost 3,000 years. In 1100 BC, the ancient Chinese developed the most primitive currency as a successor to bartering when they started using small bronze replicas of actual goods. In 600BC, the first recognized official currency was created by King Alyattes of Lydia (modern day Turkey) to facilitate trading in the Mediterranean area of the world.

The invention and advancement of currency has allowed economies to behave more efficiently. Currency creates a store of value and acts as a nest for holding the ability to pay for things.

Traditionally, currencies have been comprised of precious metals such as gold, silver, bronze, or copper. In its early history, the United States was on the gold standard, meaning that America’s currency was tied to and got its value from the gold supply. During the Great Depression, Franklin D. Roosevelt decided to stimulate the economy by pouring more money into it, so he unofficially cut the link between the value of currency and its gold equivalent in 1933. Richard Nixon officially severed the ties between US dollars and the value of gold in 1971.

Since 1971, the US dollar is now a fiat currency, not tied to any physical commodity. Instead, the dollar gets its value from the US government’s declaration of the currency for use as legal tender, which has some control over how many dollars are in circulation.

In the current world, there are no currencies that use the gold standard, which means that all of the currencies used throughout the world are somewhat volatile. For instance, the country of Venezuela has responded to its economic difficulties and deficits by printing money particularly irresponsibly, which has led to hyperinflation, which has further crippled the country by making severely depreciating its own currency. Most Venezuelans, those who have not fled the country, live in poverty now.

With a little bit of extra corruption in a government and some bad choices regarding monetary policy, any country could see something similar happen to its economy and currency.

What is a Cryptocurrency?

Here are the major differences between cryptocurrency and traditional currency.

The most popular of the cryptocurrencies by far is Bitcoin. News headlines in 2017 regularly reported on the meteoric rise of Bitcoin from an obscure, unknown hobby to a legitimate currency that made thousands of holders of the currency into millionaires and that created a $200 billion market.

Bitcoin is the first of now more than 6,000 cryptocurrencies. Bitcoin was invented in 2008 by an anonymous person or group of people using the pseudonym Nakamoto. In the white paper (written in October, 2008, entitled Bitcoin: A Peer-to-Peer Electronic Cash System) describing the purpose of the invention of Bitcoin and its mechanism for accomplishing the desired outcome, authored by Nakamoto, the purpose of Bitcoin is stated thus:

A purely peer-to-peer version of electronic cash would allow online payments to be sent directly from one party to another without going through a financial institution.

Bitcoin kicked off its public existence worth essentially nothing from January 2009 until March 2010. In March, 2010, a Bitcoin exchange was launched, with Bitcoin trading at a value of 3/10 of a cent each. By April 2011, Bitcoin had reached parity with the US dollar.

Over the next six years, from April 2013 to December 2017, Bitcoin’s volatility and uncertainty saw it climb to new highs, then topple back down, only to rebound again. Speculation, regulation, and the interaction of a new type of currency with economies and systems that operate very differently and that were being challenged created a roller coaster scenario for Bitcoin investors. On December 17, 2017, Bitcoin reached its all-time high of $19,783.06, only to see a fall to less than half that price in early 2018.

As of the time of this article’s writing, the price of Bitcoin is around $7,300.

Bitcoin doesn’t really have a timestamped “price”, because the currency is traded on different exchanges at slightly different prices. However, you can find a close approximate that consists of a weighted average of recent trades in several ways.

One of the easiest ways to find the most recent Bitcoin price is to simply google “Bitcoin price”, and Google will give you the current weighted average price provided by their partner Morningstar, along with an interactive graph that allows you to see the historic price numbers.

There are several other ways to find out the most recent weighted average of Bitcoin trades, including:

How to Buy and Sell Bitcoin

Unlike what’s required with traditional currencies, which simple require you to have the money in hand if you’re paying with cash, or which can be sent and received through transaction vehicles (banks, credit cards, checks, etc.) with which you are likely familiar, using Bitcoin safely requires becoming somewhat educated on the process of acquiring and spending the cryptocurrency.

The official Bitcoin website has some advice for those who are getting started with the cryptocurrency, including making sure that your wallet is secure and using an offline wallet for Bitcoin savings, understanding that Bitcoin pricing is highly volatile and that transactions can’t be reversed (like a credit card chargeback or stop check), and learning what government tax and regulations could have implications on your transactions.

Buying Bitcoin requires you to have a Bitcoin wallet, which is a software application that acts as a holding place for your Bitcoin money. You can choose from wallets that are specific to mobile Android or iOS devices, for Linux, Mac, or Windows computers, web wallets that are not specific to any device but instead are accessible through a web browser, or you can use a hardware wallet, which is recommended for storing large amounts of Bitcoin.

As described above, finding a Bitcoin wallet that meets your specific needs, in regards to technical specifications, security, and ease and convenience, depends upon your preferences, experience, and interaction mechanism of choice. Here are some of the most popular Bitcoin wallets:

Risks Of Investing in Bitcoin

As discussed in this article, Bitcoin is still an experimental currency, new enough that it is still finding its place in a very diverse and dynamic worldwide economy. Investing in Bitcoin should only be done as much as you’re comfortable, including having spent the required time learning and understanding the limitations of the wallet you’re using to invest and being familiar with the various aspects of how Bitcoin works.

Greg Herlean from Forbes lists his top 10 risks associated with investing in Bitcoin. I’ll include some of the most relevant risks from his list below.

The safest alternatives to Bitcoin involve sticking with other types of investments that you already know well or that are already time-proven, such as mutual funds, stocks, hard money lending, real estate, investing in businesses with which you’re familiar and other more traditional investment vehicles.

If you’re not comfortable with Bitcoin, but would still like to try out cryptocurrency, you could also consider Ethereum. Ethereum is the second-largest cryptocurrency. It’s currently much cheaper than Bitcoin, and may ultimately have a higher upside, although the risks that apply to Bitcoin also apply to Ethereum as well.

Bitcoin as An Investment

As with other investments, understanding that Bitcoin on the riskier side of the investment spectrum compared to traditional investment methods, it’s highly recommended that you invest only as much into Bitcoin as you can comfortably lose should such a misfortune come to pass. Starting out slowly and learning as you go with Bitcoin will help you to hedge against unforeseen issues.

Also, looking at the investment using a long-term perspective versus doing speculation will help you not make knee-jerk decisions that could prove costly.