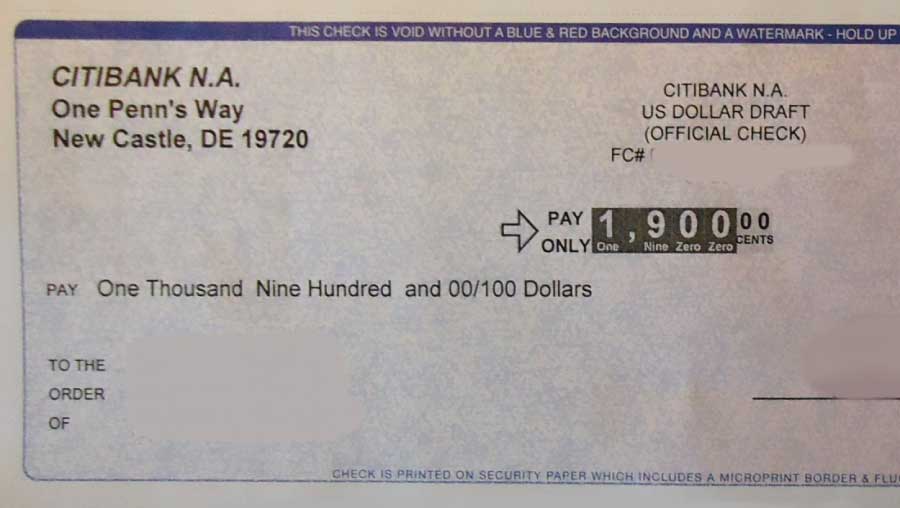 While operating my medical products ecommerce business, ProHealthcareProducts.com several years ago, I had one of the most memorable experiences in my years of marketing and ecommerce.

I received an email from someone in the Middle East, who asked me to send him a product quotation for a dozen or so of one of the physical therapy devices listed for sale in my store. That request for a quotation from someone outside the country was not unusual. Requests from international customers, including Africa, Asia, the Middle East, and elsewhere, were common, especially because the most advanced and highest quality medical equipment is often only available from suppliers in the United States.

In most situations where a customer requests a formal price quotation, before we fulfill the order and ship the products to them, we either make sure their payment is received and has cleared, or we do some due diligence on the organization they represent to ensure that they are reputable and likely to pay us when we invoice them.

I replied to this potential customer stating our policies on purchase orders for organizations.. The quoted total was $7,741.

Within the next two weeks, I received a phone call from my bank, telling me that they had received a cashier’s check from this person, that the total amount listed on the check was $37,741, and that the check was fraudulent and wouldn’t be honored. The situation wasn’t all that surprising to me. Over the years, I’d dealt with lots of similar situations, where someone tries to steal products using fraud. In fact, I’d lost several thousand dollars sending products to people who used stolen credit cards before I figured out and documented all the warning signs of fraudulent orders.

This occasion was the first time I had ever been sent a fraudulent cashier’s check. I picked it up from the bank later that day. It looked legitimate, but somehow the bank (thankfully) was able to tell that it was fake.

Like most of the informed public, I had heard many stories about people being bilked out of money when offering products for sale. It’s an old trick that thieves use.

You offer something for sale.

A thief sends you a fake payment, usually for more than the amount you listed it for sale, whether it be on eBay.com, in the local online classifieds, or anywhere else on the internet.

Once you receive the fake payment, the thief will ask you to send a refund of the “overpayment”. In some cases, naive sellers will ship (or in rare cases meet up in person and give away) both the product and the extra payment.

Within a day after the bank reported to me that I’d received a fake check, I received an email from this person posing as a legitimate customer. I had done a bit of research on these kinds of scams, and I read in several places that scams like this were often used by Islamic terrorists to raise money for their organizations. I wondered about the intelligence or experience level of those who are being duped by schemes like this, and I was at once angry that people like this might exist on our planet, people so sinister as to pretend to be decent human beings doing their best to deceive and steal to secure funds for other evil people whose missions are also no good. The fact that this guy was coming after my own business, involving my own family’s money, made it even more personal.

In this fool’s email, he humbly pointed out that the person from his organization who made out the check to me “accidentally” wrote it out for $30,000 extra, and that they desperately needed that extra money back. The email included the account information and bank instructions for me to wire back the “overpayment”. It was written in a matter-of-fact tone that tried to make it seem as though an immediate payment by me would make me the bad guy for holding on to their money and taking advantage of their honest mistake.

Playing Along – The Phone Call

I had a good laugh at what a gross lack of judgement from this person about my business and general life experience, then sent back an email telling him that it was too late, that I thought of their overpayment as a stroke of good luck, and I’d already spent the money on a few frivolous things, making it impossible for me to send anything back to them.

Soon after I sent the email, I received a phone call from this person, or from someone associated with him.

Although I’d heard of and even experienced schemes like this one before, I don’t think I’ve ever seen someone be as bold as this guy.

Over the next half hour, he did his best to influence me to send him the money he was determined to convince me I owed him.

As he walked me through, in his broken English, the process of going to my bank and sending $30,000 to the bank account he listed in his email, I decided to have a little fun with him.

I pretended to not know how a wire transfer works. That made him frustrated.

Then I reminded him that I’d already spent the money on things like a big office party and crossing off a few things from my bucket list. I told him that I appreciated the fact that they had given me a huge overpayment, but that I counted it as a token of good luck, an unintended gesture that came because I was an extra good guy.

I was certain that he would just hang up the phone on me, but he was persistent.

I proposed a solution. I told him that I’d round up everyone in the office and ask for a collection. I told him that maybe we could collect enough dimes, nickels, and quarters to repay what they’d sent as an overpayment if we could figure out how to get the bank to accept those as funding for their wire transfer.

Finally at his wits’ end, this guy vehemently yelled, “Are you trying to defraud me?”

After spending thirty seconds or so laughing at the irony, I told him, “How ironic is it that you would ask that. Goodbye!”

That was one of the most bizarre experiences I’ve had running my online stores.