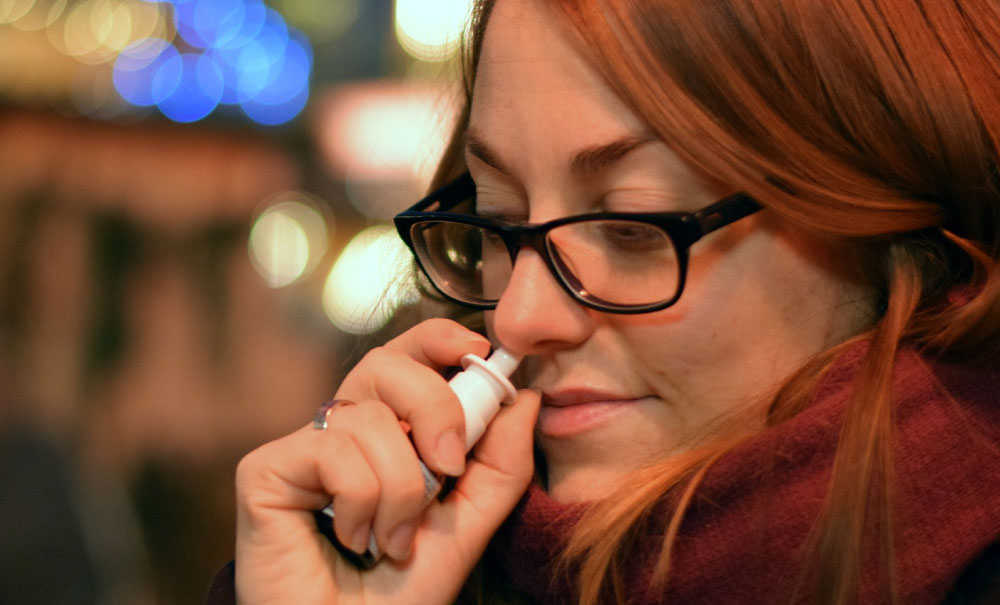 My wife and I try our best to consume whatever information we can with regard to health topics so that our family is well taken care of physically. Because we’ve had issues with asthma, allergies, and other autoimmune problems, we are constantly researching natural ways to relieve or cure things. Just when I think I’ve got a comprehensive feel for just about everything out there, I find out about something else that I somehow missed.

That happened to me recently, when I met with the founder of Xlear, a company that makes a variety of products based on xylitol, a natural product that works miracles. After some discussion with this executive about the many different uses and health benefits of xylitol, I was surprised that in my research of alternative medicine, I had never heard of xylitol. After a lesson about xylitol from this man that lasted a couple hours along with some research I’ve done since that conversation, I’m sold on it. Now I use it every day in one form or another.

Here’s what you need to know about xylitol, including what it is and where it originates, what it does to improve health, and the different forms of consumption available.

Xylitol is a natural sweetener that is most commonly harvested from corncobs, although it also occurs naturally in many types of plants, including some fruits and vegetables. Corn is the most preferred source of xylitol because of how easy corn is to grow and harvest, making it cost-effective and environmentally friendly. Birch wood is another popular source of xylitol.

Scientifically speaking, xylitol is a 5-carbon sugar alcohol that has the same sweetness as sugar with close to 40% less calories. Because of its 5-carbon structure, bacteria cannot feed on xylitol. Likely the most important benefit of xylitol is its resistance to the formation of bad bacteria.

Xylitol was discovered in by German chemist Emil Fischer and French chemist M.G. Bertrand in 1890. It was used as a sugar substitute in Europe during World War II because of a sugar shortage. After the war, dentists noticed improvements in oral health, which led to the rediscovery of xylitol as a way to naturally fight cavities.

Xylitol is also naturally produced by the body, up to 15 grams per day for a person with normal metabolism.

How Does Xylitol Affect Health?

As mentioned above, the initial discovery of xylitol’s usefulness involved prevention of tooth decay. Xylitol sweetener not only doesn’t cause cavities, it acts as an anti-cavity. Xylitol makes saliva less acidic, so that cavity causing germs are not able to thrive in the mouth. Xylitol also causes minerals to be absorbed by the enamel of the teeth, making the teeth stronger.

Xylitol also causes an increase in saliva, which makes it useful for treating dry mouth.

Diabetics have to control their blood sugar levels strictly. Xylitol is a perfect sugar substitute, because it sweetens food just as well as sugar without causing blood sugar spikes like sugar does. The FDA has approved labeling of xylitol as meant “for healthy blood sugar control.”

Xylitol pulls water to the skin’s surface, which moisturizes the skin and makes it feel smooth. Xylitol is also thought to increase the skin’s barrier function.

Xylitol helps relieve sinuses by preventing germs and other pollutants from sticking to nasal tissue. This allows the natural defense systems in the nose to function more effectively, killing infections and allowing the person to breathe more easily.

For the same reason xylitol helps with sinus relief, it also helps relieve allergies. Xylitol is often used as an effective alternative to saline sprays, which often have negative side effects.

Xylitol has been demonstrated to decrease susceptibility to ear infections. Doctors in Finland found in 1996 that xylitol was effective in preventing ear infections by inhibiting the growth of bacteria that cause ear infections.

As a sweetener substitute for sugar that has substantially less calories and less carbohydrates, xylitol is often used successfully in weight loss diets.

Forms of Xylitol for Consumption

Xylitol Toothpaste: Xylitol-based toothpaste is available for brushing teeth. Similar to xylitol gum, xylitol toothpaste helps with oral health. Xylitol is transferred from the toothpaste to the user’s teeth, where it does its work against bacteria while also strengthening tooth enamel.

Xylitol Mouthwash: Xylitol mouthwash is another product intended to help with oral health. Xylitol mouthwash products fight bad bacteria in the mouth. Besides freshening your breath, the xylitol is absorbed into the mouth tissue efficiently.

Xylitol Powder: Xylitol powder is used as a sugar substitute to sweeten foods. Using xylitol powder in cooking recipes reduces the total calories and carbohydrates, and also won’t cause a blood sugar spike, which is good for people with diabetes and other blood sugar diseases.

Many products available on the over the counter market combine other natural health enhancing products, including saline and oregano, together with xylitol to magnify the health properties of each of the natural remedies.

Side Effects of Xylitol

In very rare cases, xylitol, similar to other natural sweeteners, can have a laxative effect.

Xylitol is known to be toxic to dogs, so those who use xylitol should be careful not to allow dogs near it.

Do You Have a Xylitol Story?

If you use xylitol and have a story to tell about what it’s done for you, feel free to share your experience with us at Prosperopedia.com. We’d love to share how xylitol has helped you with our audience.