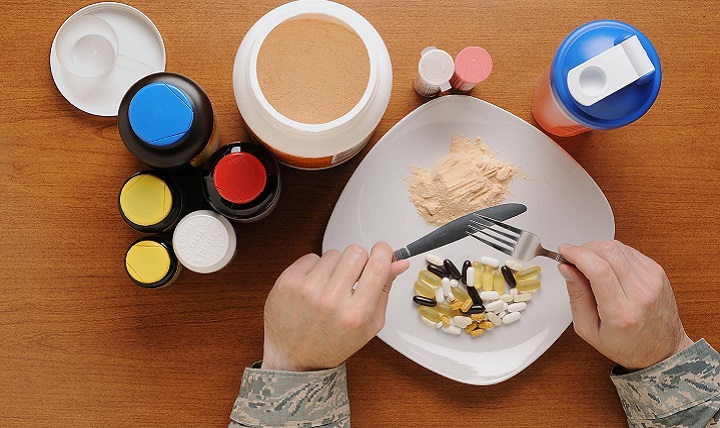 Probiotics are microorganisms that provide significant health benefits to people’s digestive systems, especially the stomach and intestines. Probiotics increase the amount of good bacteria in the gut, a condition that helps a person’s body to process food correctly so that the immune system functions normally.

I am going to explain the health benefits of probiotics, including telling the story of my own family and our experience using probiotics along with a particular diet to fix or improve some health issues with our children.

Several years ago my wife and I were forced to make a commitment to improve the health of our family as we . Our first three kids had spent years suffering in varying degrees from eczema, asthma and allergies. Our fourth child (third boy) at just a few months old began exhibiting increasingly severe symptoms of eczema immediately after my wife provided antibiotics to treat a case of mastitis. Over the next couple years, his eczema was so much out of control that he rarely slept through the night. His skin condition and allergic reactions became so severe that on one trip to the hospital he had to be given two shots of epinephrine to calm his immune system down.

Having hit dead end after dead end with doctors and their addictions to steroids and antibiotics, we decided to take control of our family’s diet so that we could restore our health without the complicated side effects.

A friend of ours whose son’s Crohn’s Disease symptoms were sent into remission after following a diet for eight months recommended to my wife a book called Breaking the Vicious Cycle by Elaine Gottschall. The book evaluates how autoimmune diseases like Crohn’s, celiac disease, and lots of others are affected by poor gut health. The book presents the Specific Carbohydrate Diet as a way to break “the vicious cycle” of poor health experienced by those who suffer from autoimmune disease.

We spent straight six months strictly following the diet, which dictated, among other things, that we were not allowed to eat any sugar. We started the diet just before Thanksgiving, which made it even more difficult to follow as we . However, we committed to the diet, and we followed it strictly. You can find the diet in the book available from Amazon.

We used probiotics to speed up the process of gut recovery while we were on the diet. We kept a stock of Yakult probiotic drink in our refrigerator, and our kids drank at least a couple of them daily, except for breaks when we weren’t able to make it to Costco to replenish the supply before it was gone. Yakult is one of the most popular probiotics products available. The probiotic drink contains a probiotic strain called LcS (Lactobacillus casei), which is a natural lactic acid that impedes the growth of harmful bacteria in the small intestine. I’ll discuss LcS more later in this article.

We also ate yogurt with live culture and other fermented foods consistently throughout the diet. In addition, we took a daily probiotic supplement made by a company called Garden of Life.

When the six month diet period was over, my two sons who suffered most from eczema and asthma saw substantial improvements. They could sleep through the night, and their skin and breathing were much better. During the period we were on the diet, my wife was pregnant with our fourth son, who (at almost four years old) has never had any symptoms of allergies, asthma, eczema, or any of the other autoimmune problems that have affected our family. My wife and I are confident that the change we’ve seen (no allergies, no eczema, no asthma) from our fourth son is attributable to her gut health (from the diet and probiotics) during the last six months of her pregnancy.

How Probiotics Fit Into the Body’s Overall Health System

As demonstrated by the results my family experienced with a probiotic supplemented diet, probiotics are one element of achieving overall health. Probiotics add good bacteria to the gut and improve overall gut health, which is necessary to have a strong immune system.

A person’s gut does a lot to establish and maintain health throughout the body. 70 percent of a person’s immune system exists in the gut. The gut breaks down the food that we eat and takes in the nutrients required by the various components of the body.

Without a healthy gut, problems with various components of the body are certain to arise.

A healthy gut is characterized by a balanced microbiome, where good bacteria thrive such that they keep the bad bacteria in check. The gut has between 300 and 500 different types of bacteria living in it. Many of the bacteria that exist in the gut are bad for humans, such as Helicobacter pylori, which causes gastric ulcers. Good bacteria in the gut fight the bad bacteria and create an environment where the gut can perform the functions for which it was designed.

Probiotics such as Lactobacillus casei (LcS) have been made commercially available in various foods, including Dannon’s DanActive probiotic drink and Yakult, the drink we used while on our family diet.

Some of the biggest culprits that are known to cause poor gut health are stress, antibiotics, and a poor diet.

Lack of sleep and coping in a world that has essentially been sped up by deadlines, technology, and other factors causes stress on the body. That excess stress leads to extra bad bacteria in the gut and a lack of the good kind, which then results in a weakened immune system. The pattern can be cyclical, as sickness tends to compound stress if not managed.

Our medical system and food supply have become overrun by antibiotics, which are used as a convenient way to treat harmful bacteria through prescriptions for humans besides ending up in our food supply as they are used in animals that end up as part of our diet.

Also, diets that are high in sugar (especially soda, candy, etc.) provide bad bacteria with the food they need to thrive.

Taking control of these aspects of your life allow you to increase your gut health.

Often people deal with diseases that they feel they have no control over, and that they are simply victims of their own genetics. There are many common diseases that can be attributed to poor gut health, and that can be either improved significantly or fixed altogether through regimens that add good bacteria to the gut.

Some of the most common of these diseases include:

As the connection between gut health and various diseases is studied further, more evidence is being uncovered, and more recognition continues to appear in the medical community as well as in the alternative natural health and nutrition community that gut health has a significant impact on health and disease prevention.

Understanding the overall role of probiotics in promoting gut health is an important first step, but it’s also critical to know that not all probiotics are the same. There are lots of different sources of probiotics. They can be found in fermented food sources as well in probiotic supplements.

Food-based probiotics come from the process of fermentation, which results in a transformation of the food as bacteria act on it. Probiotics made from food are the most effective, as they are more natural than probiotic supplements and more effectively deliver live probiotics to the gut.

The most common foods that are used to provide probiotics are:

Probiotics obtained from food provide a much wider range of probiotic strains and are preferred to probiotic supplements. However, many people dislike the taste of fermented foods or don’t have the discipline or ability to include them sufficiently in their diet.

Probiotic supplements can be purchased from grocery stores, health food stores and through online stores, including Amazon.

If you choose to go the probiotics supplements route, you might consider the advice of Dr. Tim Gerstmar, who suggests going with a reputable brand (he mentions Jarrow and Klaire Labs), choosing a stronger probiotic supplement that has at least 8 billion/dose, and to use probiotics that have less overall strains. Those supplements that claim to have 10 or more probiotic strains with vague information about their specific potencies are likely to be ineffective. Dr Gerstmar also recommends that you choose a probiotic supplement that has the two strains Lactobacillus and Bifidobacterium.