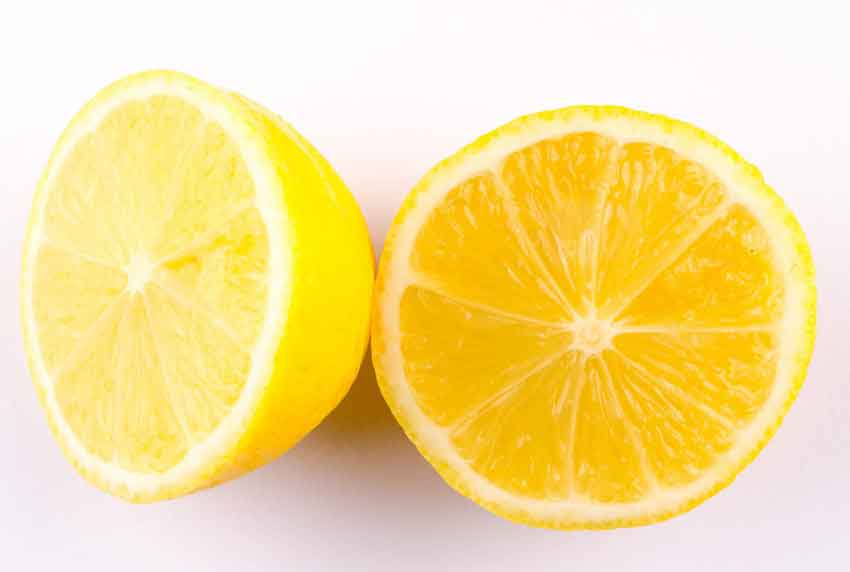 For as long as I can remember, I’ve always enjoyed drinking a warm cup of lemon water with honey mixed into it. As a kid who suffered with allergies growing up, my mom would often heat up water and mix in fresh lemon juice along with honey to sweeten the natural remedy. Drinking that mixture seems to boost my energy, clear my head, and just make me feel better.

Besides experiencing a quick boost from drinking lemon juice with honey, I’ve often heard from people in the know that lemons have amazing health benefits, so I decided to check into what exactly they are known to do for the human body. I will share with you what I’ve learned about the health benefits of lemons, including several benefits that have been proven through scientific research.

A lemon is a citrus fruit that has a distinctive sour taste because its juice is made up of over 5% citric acid with a very low ph. The distinctive sour taste of lemons makes them a popular ingredient for drinks such as lemonade and treats like lemon meringue pie. Lemons are believed to have been derived from a combination of bitter orange and citron.

Lemons likely originated in Asia, and later made their way to Europe through trade and migration, then to the Americas courtesy of Christopher Columbus’ voyages. Historically, lemons were often taken along on voyages and consumed by sailors to treat scurvy, which is a vitamin C deficiency that leads to lots of debilitating health problems

Lemons are known to be very good sources of vitamin C and pectin, which is a soluble fiber that improves gut health and slows down the digestion of sugar and starches.

According to the USDA food nutrition guide, a 100g serving of lemon includes the following components, among others:

The Vitamin C and soluble fiber (pectin) nutrients in lemon are the most notable components that give lemons health benefits they are most known for.

Lemons Flush out Toxins in the Body

You’ll notice after consuming lemons, especially lemon juice, that you need to go pee quickly, and that there is a cleansing effect on your urinary system. Lemons are known to pull toxins out of the body and flush them out through the urinary system.

Lemons are Good for the Heart

Research studies published on PubMed conclude that lemons (as do other citrus fruits high in vitamin C) appear to have a protective effect against coronary heart disease by aiding the arteries that supply blood to the heart. Lemons contain flavonoids, a highly beneficial class of plant pigments, that are known to get rid of free radical electrons in the body, which are often associated with cardiovascular disease.

The flavonoids in lemons are also antioxidants. This property of lemons also helps to reduce heart disease risk.

Lemons Reduce the Risk of Stroke

For reasons similar to why lemons are good for heart health, they also reduce the risk of stroke. A 20-year study in a rural Japanese community found that those who consumed citrus, including lemons, were less prone to stroke. There was an inverse relationship found between serum vitamin C concentration in their blood and their likelihood of suffering a stroke.

The soluble fiber (mostly pectin) contained in lemons helps your body digest food. It acts as a prebiotic that feeds healthy bacteria in the gut.

Also, the citric acid contained in lemons causes your body to urinate more, which also helps with digestion.

Associated with its benefits to the digestive system are benefits of weight control.

A 2008 study found that lemon polyphenols (a micronutrient that comes from plant based foods such as lemons) suppress diet-induced obesity.

One mechanism for using lemons to control weight is to switch out higher calorie sugary sodas and similar kinds of drinks with lemon water (not sugary lemonade, just lemon juice mixed into water), which is appealing to most people’s taste, but does not contain the extra calories that cause weight gain.

Because lemons cause an increase in your body’s urination output, they also help prevent kidney stones. Dr. Brian Eisner, co-director of the Kidney Stone Program at Harvard-affiliated Massachusetts General Hospital, recommends drinking 1/2 cup of lemon juice diluted in water daily as part of a regimen to prevent kidney stones from building up.

Anemia is caused by a lack of iron in the body. Women who are menstruating or pregnant are at higher risk of anemia, as are people who are older.

Although lemons don’t contain significant amounts of iron themselves, they reduce the risk of anemia by promoting in your digestive system the absorption of iron from other plant foods. When you supplement your diet with lemons, the efficiency of your iron intake from plant based foods that you eat will increase.

Lemons have been found to kill cancer cells. It is believed that the plant compounds, including limonene and naringenin, in lemons possess the natural ability to fight cancer. A study of thousands of Italian and Swiss subjects in 2015 found “A reduced risk of cancers of the digestive tract and larynx was found for high consumption of citrus fruit.”

Other studies have seen potential in lemons to fight other types of cancers. Research is ongoing to find out more about the anti-cancer properties of lemons to determine how they can be used as a natural anti-cancer supplement.

Juicing lemons is the most common way to make use of the fruit’s taste and health benefits. Juiced lemons are added to water, which is sometimes sweetened with honey or another natural sweetener, to create a healthy, tasty drink.

Lemon juice is also called for in lots of different recipes, including as a flavoring for fish, rice, pasta, and other popular diet staples.

Drinking lemon juice straight is not recommended, as the citric acid can damage your teeth and upset your stomach. It can also aggravate canker sores.

Lemon peels are often eaten as zest, which are bits of lemon peel that are formed by grating a lemon.

It’s recommended that you ensure that your lemons are organic if you’re going to eat the peel. That way you can avoid intaking pesticides and other poisons that are often found on non-organic lemon peels.

In my household, we often blend lemon slices (peels and the inside) into smoothies to give more flavor to the smoothie and to take advantage of the health benefits of the lemon peel and the lemon juice.

Lemon oil is made from the peels of lemons using a process called cold-pressing. Lemon oil is popular as an essential oil in the recent movement towards a more natural approach to health.

Lemon oil is often diffused into the air as an aromatherapy. The diffused lemon oil creates a fresh scent and acts as a

Lemon oil is also used in cleaning products. We use a mixture of water, lemon oil, and vinegar to create a cleaner that makes our home (especially our kitchen) smell great, besides doing a great job of being a natural antimicrobial cleaner that cuts down on germs and other things that can cause sickness.

If you weren’t already, you’ve likely been convinced in this article about the benefits of making lemons part of your daily diet in one for or another. Lemons certainly have lots of health benefits.

To conclude this article, I’ll share with you some of the most pertinent research that has been done to evaluate the health benefits of lemons. Most of this research comes from PubMed, which is published by the US National Library of Medicine.

The effect of fruit and vegetable intake on risk for coronary heart disease:  This study summarizes the findings of members of the Harvard School of Public Health regarding how vitamin C-rich fruits, such as lemons, protect against heart disease.

Beneficial Effects of Citrus Flavonoids on Cardiovascular and Metabolic Health: This study, published in 2019, explores the health benefits of the flavonoids found in lemons, including scavenging for free radicals in the body, and having antioxidant and anti-inflammatory effects.

The Shibata Study: This study evaluated a Japanese rural community to evaluate the impact lemons had to reduce incidence of stroke.

Lemon Polyphenols Suppress Diet-induced Obesity: This study evaluated dietary lemon polyphenols to see what impact they had on weight gain and fat accumulation in mice.