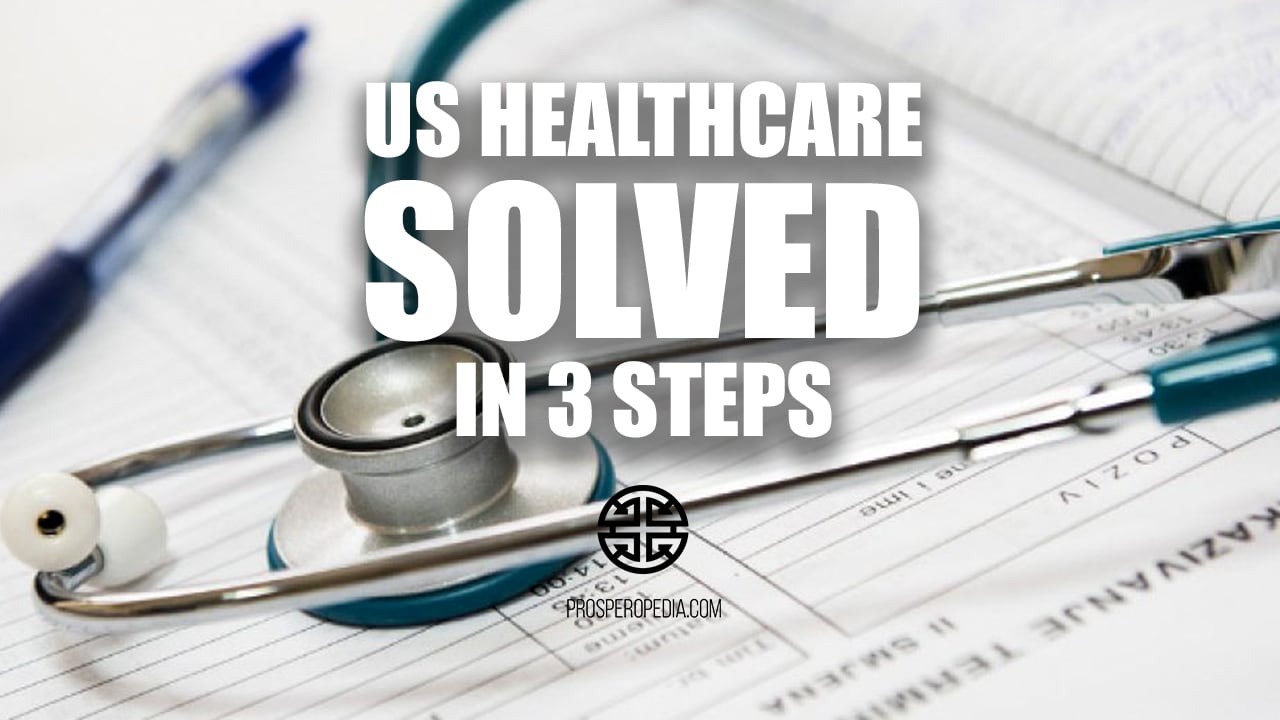 Since the very first times I can remember paying for my own healthcare expenses – shortly after I became an adult – I’ve often found myself puzzled at how healthcare is done in America and wondering why it often seems so inefficient and expensive. As a now two-decades-long consumer (a purchase-with-my-own-hard-earned-money kind of healthcare consumer) of healthcare for myself and my family members, I’ve found a need to self-educate on a micro and macro level.

Over the past twenty years, I’ve learned as much as I can about health care premiums, deductibles, maximum out-of-pocket, healthcare provider networks, how billing is done, and many other aspects of the convoluted labyrinth that comprises the contemporary healthcare system in the United States. I’ve often wondered how things got to be this way, in the most prosperous, most innovative country known to this planet. I’ve also tried to articulate, based upon my limited experiences along with information from discussions with doctors, hospital administrators, insurance agents, medical products manufacturers, and lots of others in the healthcare industry.

Today I read a recently-written article by John Steele Gordon in the Imprimis monthly publication distributed by Hillsdale College. The article is titled, “A Short History of American Medical Insurance.” The points made in Mr. Gordon’s article sum up what I’ve observed to be the most direct answers to the problem most Americans face when it comes to an inefficient and exorbitant healthcare system. I’ll summarize the three-pronged solution here really quickly for you. Then I’ll review the history and background that makes this solution so practical.

To fix the broken healthcare system that exists today in the United States of America, these three things need to be done:

1: Medical providers need to be required to make the prices for their procedures publicly available for consumers.

As with other markets that operate more efficiently, when consumers have sufficient information about pricing and can compare options, competition lowers prices and makes the market much more efficient.

2: Fix the out of control malpractice lawsuit racket by requiring those who sue meritlessly and lose to pay not only their own legal fees, but also the defense fees of those they have sued.

When a situation exists that makes it profitable to wrongly accuse healthcare providers of malpractice, fraud and abuse naturally enter the system and create substantial waste. Reports from two of the most influential organizations in healthcare provider liability insurance, American Society for Healthcare Risk Management ASHRM and the Physicians Insurers Association of America (PIAA) estimate that the cost of each claim “closed with no indemnity” (meritless) to be between $17,400 and $24,000 for defense related expenses. It is estimated that only about 24% of malpractice cases result in valid claims for which indemnity payments must be made to claimants.

3: Increase the accountability healthcare consumers have for the cost of the healthcare they’re purchasing. Get rid of the cost abstraction that’s done through the current health insurance scenario.

Today’s “insurance” policies are not really insurance. Instead, it’s a “very expensive pre-payment plan that jacks up premiums,” as described by Mr. Gordon.

When I pay for insurance for my car, I don’t expect it to cover oil changes, gas, and wear on the tires. However, the expectation that has arisen out of the current healthcare environment has caused insured consumers to have their plans cover things like flu shots and minor illnesses and injuries that should not be covered, but should be paid for out of pocket.

How Did We Get Here?

The historical innovation that has created healthcare products and services that make us much more comfortable and that have allowed us to live longer seems to have been absent from the factors that have created what we now experience with healthcare.

John Steel Gordon in his article reviews the historical costs of healthcare in this country. In 1930, healthcare expenses by Americans made up only 3.5% of our Gross Domestic Product. In 2015, that figure had moved up to 15%. Something happened over that 85-year period that skyrocketed healthcare costs so much that it becomes obvious that there is something else involved besides standard market economics. During the 1980s, healthcare costs went up 117%. After the experts account for increases due to factors such as general inflation, an aging population and expensive advances in technology, there is still a missing 24% of that total increase that is unaccounted for. The extra 24% can be attributed to the combination of two major developments. A new hospital-centered insurance cartel emerged in the medical industry the early- to mid-1900s. This cartel is now the accepted norm for medical treatment. Corresponding to the formation and propagation of the cartel was the removal of price transparency from that healthcare related services .

I will describe two major developments that led to what we experience in modern times as simply unaffordable healthcare.

Before the 1900s, medical treatments were most commonly done in a person’s home, through doctor visits, or at small clinics operated by medical professionals. During a period spanning nearly a century, from 1873 to the late 1900s, the number of hospitals in the United States went from 149 to over 7,000. The nature of a hospital also changed at the beginning of that time period. Whereas they had been simply a place for the sick and the old to die, like a modern day hospice, they became medical clinic centers and cutting edge medical research institutions.

To become and remain profitable, hospitals in the early 1900s had to find a way to build a subscriber base, people who would pay consistent premiums to have access to the hospital’s resources.

Baylor University’s insurance plan for school teachers in the Dallas area, who paid $6 annually in exchange for up to 21 days in the Baylor hospital, was launched in 1929. The model provided cash flow to the hospital which offset and overcame the large fix costs it incurred.

This hospital “insurance” model worked well. Blue Cross adopted it in 1932. This system generated a steady demand for medical services and a consistent cash flow. However, this wasn’t really “insurance”, as the plans covered pretty much everything a person could need up to a certain limit.

This model differed from insurance in another important way. They didn’t provide indemnification payments to those covered, who would use the payment to shop for the best option for them. Instead, this version of insurance paid the bill for services used at the hospital in a way that made it appear not important to the consumer how much the service cost.

Other hospitals had to follow this model to be able to compete.

During World War II, the federal government enacted wage and price controls because of the tight labor market. To attract talent and manpower, and without the ability to offer higher salaries, companies began offering healthcare benefits to employees.

Employers’ payment of healthcare served to further distance people from the cost of their medical expenses. It also led to a lack of plan fluidity, as employees essentially had little other option than to “choose” the healthcare plan their employer provided.

In recent years, as small businesses and those who choose to work for themselves as contractors or simply self-employed, there are some options that are springing up, but those options are still very limited.

Catastrophic health plans pretty much disappeared with the introduction of Obamacare in 2010. [I like to tell people that Obamacare essentially made ALL health insurance plans catastrophic.] In recent years, health share options and others alternatives to employer plans have been promoted to provide flexibility in choice and cost, but those plans still tend to have too many unknowns to make the generally practical as they attempt to find a place among the rest of the health insurance world.

Can Our Failing Healthcare Environment Be Fixed?

As described above, there are some major flaws in the structure of our healthcare system that don’t seem like they can be easily removed, like a metastasized tumor. There are lobbyists and those they represent who are making far too much money to allow their golden goose to be easily moved. Also, the public servant mentality miraculously found among those who founded this country and led it in its infancy seems to have all but disappeared from Washington, DC as well as from the mines of power opportunities in state governments.

Can our healthcare issue be fixed? We can only hope. It would take a miracle.

In the meantime, the best approach I’ve found is to be highly accountable for your own health, and to depend as little as possible upon the public system. Eat healthy. Exercise. Try to avoid major unnecessary risks (like riding a motorcycle or skydiving).

And hope that something better comes along.