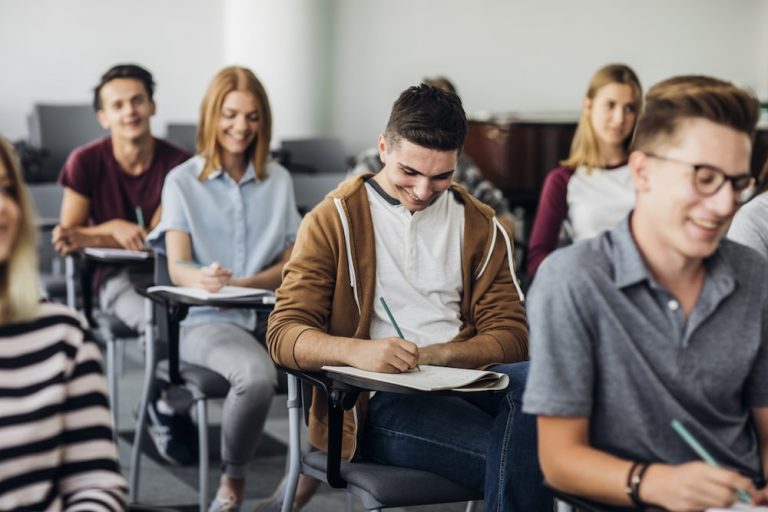 Affiliation:
The Church of Jesus Christ of Latter-day Saints

Brigham Young University in Provo, Utah is a private university owned by The Church of Jesus Christ of Latter-day Saints (also known as the LDS Church or Mormon Church). Over 98% of students at BYU are members of the LDS Church.

BYU is known for being a clean, conservative, religious school whose students and faculty excel in their respective secular pursuits while also maintaining a faith-based approach to education. The school’s strict honor code – which includes commitments from students to abstain from sexual activity outside of marriage, to use clean and respectful language, to abstain from using alcohol and other addictive substances – along with its association with the LDS Church create a unique environment for earning undergraduate and graduate degrees.

Because of its connection with the LDS Church missionary program, where men and women are sent to labor for 18 months to 2 years, often in foreign countries, BYU has a comparably high percentage of students who speak at least two languages and who have lived outside of the United States.

While it doesn’t rank as a top tier academic school (US News gives BYU an overall ranking of #61) a Brigham Young University education is typically considered good value, coming in at #11 in the Best Value Schools category, just behind Duke at #10 and Vanderbilt at #12. Tuition (which is well below the national average) and other costs at BYU are subsidized by the LDS Church.

Among its undergraduate programs, the programs in BYU’s Marriott School of Management are some of the most highly regarded in the country. The Marriott School has received several awards for it accounting, entrepreneurship, and international business programs.

BYU’s marquee graduate programs include the J Rueben Clark Law School as well as several highly regarded graduate business degrees offered by the Marriott School, including master’s degrees in accounting and the MBA program, which intentionally encourages a spirit of entrepreneurship (especially using technology) that has contributed significantly to surge of tech companies (a movement designating the area “Silicon Slopes”) in Utah.

BYU runs on a semester schedule during the normal school season that spans early fall until through winter and into early spring. The fall semester typically goes from late August or early September until mid-December. Winter semester goes from early January until mid-April.

BYU holds two shorter terms in spring and summer, each of which is about half the duration of a semester. Classes during these terms are operated at an accelerated pace, approximately twice as fast as the same classes taken  the normal schedule.Details about the 2018 academic calendar can be found on the official BYU calendar page.

How good is the quality of education you can expect to receive at BYU? The school’s rankings compared with its competitors in the education industry should help you understand where it fits.

A number of media outlets publish overall rankings for the major colleges and universities in the United States. These rankings provide a general overview snapshot of the value a student obtains from attending one of the respective schools in the list.

Most of these general ranking systems focus on factors such as the cost of attending the school compared with the average salary graduates of the school receive right after graduation and over the decade or so following graduation.

In addition to the general school rankings listed above, the following niche rankings have been received by BYU or by its various colleges and departments.

It should be noted that BYU students who are members of The Church of Jesus Christ of Latter-day Saints pay a lower tuition because the school’s tuition costs are subsidized by tithing funds. The difference in tuition costs considers that support for the school was likely contributed through tithing by the students themselves, their parents, and others who comprise the church’s faithful.

BYU tuition costs are among the most affordable in the country. The average tuition cost at BYU is  Room and board costs average just over $7,500 annually. These costs obviously vary depending upon many factors, including choice of programs and curriculum, specific student needs and lifestyle. However, in general, BYU is a very affordable option.

BYU has a Net Price Calculator tool that can be used to create a personalized estimate of costs of attending the school based upon a student’s marital status, number of children, income situation, and living arrangements.

Paying for a BYU Education

As with any college you consider attending, an important question about attending BYU is, “How am I going to pay for this?” Attending school full-time obviously limits your ability to earn money in addition to adding tuition and other school-related costs to your expense list.

The most common means of paying for school involve some combination of employment, scholarships, grants, and loans.

Depending upon how demanding your field of study is, and considering other time constraints such as family and other responsibilities, working a job may be difficult during school. However, there are opportunities to work while attending school that are flexible, and that can contribute significantly to your bottom line.

Provo, like most college cities, has many opportunities for employment for college students. Finding a job that complements your chosen field of study or that doesn’t interrupt your school schedule is likely the most rewarding method of financing your BYU education.

BYU has on-campus jobs that accommodate most school schedules. In addition, the bustling tech an entrepreneur economy in the Provo area means there are always jobs available for those willing to work hard. Local jobs available to students, including everything from customer service to research to manual labor to software development, can be found using a quick search on Indeed.com or one of the many other online job finding resources.

Scholarships money is awarded to a student based on merit from academics, sports, arts, or some other achievement. Scholarships often require maintaining a particular GPA level or meeting other requirements stipulated by the scholarship. Scholarship money does not have to be paid back.

Thousands of scholarships are given to students attending BYU each year, including about 1,500 academic scholarships awarded by BYU directly. Similar to other universities, BYU offers many talent-based scholarships for students who demonstrate expertise in areas such as: Art, Athletics, Communications, Dance, Design, Music, Theatre and Media Arts.

Grant money is given to students from the federal, state, or local government entities or from private institutions, normally based on financial need, but also can be based on merit. Grants do not have to be paid back.

Prosperopedia.com recommends that this option be considered last, and only in situations where it is absolutely necessary. This type of funding is often too easy to obtain.  Student loan money must be paid back! This type of financing for education at BYU or anywhere else is often misunderstood by students who blithely accept money to pay for school, but who tend to put off being responsible about the amount of money they accept in loans, who are not wise about how they use that money, and who can be blindsided by the ultimate cost of interest and the original loan itself when they finish school and begin repaying the loan.

If you want to be considered for federal grants or loans, you’ll need to fill out a federal student aid application (FAFSA).

Brigham Young University has a well-developed independent and online study program. BYU Independent Study can be used to fill general studies or even major course requirements. BYU Independent Study offers a Bachelor of General Studies degree that can be obtained by students who started school at BYU and completed 30 credit hours of coursework on campus before leaving school for whatever reason.

Outside of making progress toward a BYU degree, the BYU Independent Study program offers courses for high school students working towards graduation and even provides college courses that can be accepted as credit towards graduating from other college degree programs.

Fulfilling its mission to bring education to its membership and to others throughout the world, the LDS Church has created a program called Pathway Worldwide, using resources from BYU and BYU-Idaho, that gives education opportunities to people throughout the world. The Pathway Worldwide program includes courses that teach basic English as well as programs in which participants can earn bachelors and advanced degrees.

BYU sports have been recognized for their achievements over the decades, including in football, basketball, volleyball, cross country, and other sports. BYU sports teams have won 10 NCAA national championships:

BYU is a member of the West Coast Conference, where its baseball, softball, men’s and women’s basketball, women’s volleyball and several other sports teams compete.

BYU’s football team doesn’t belong to an athletic conference, but instead competes as an independent.

In addition to its official NCAA sports teams, BYU has several extramural sports teams, some of which have claimed national championships in their respective leagues.

Supported by the LDS Church’s worldwide mission and international perspective, BYU offers a study abroad program that is one of the largest in the nation. BYU’s study abroad program sends 1,500 students among 116 different programs annually to spend semesters in locations throughout 57 different countries. BYU also has satellite locations in London, Jerusalem, where students can spend one or more semesters pursuing their international study interests, including learning languages and touring historic sites.

Crime and Safety at BYU

BYU was named the safest college campus in America by Business Insider in 2016. That #1 safety ranking was attributed in large part to the standard of conduct associated with the school’s honor code.

The most common crime reported at BYU is theft. Violent crime is much lower at BYU than the national average.

The BYU experience is affected by the City of Provo, where the school is located. Niche.com gives Provo a B rating based on violent crimes and property crime rates.