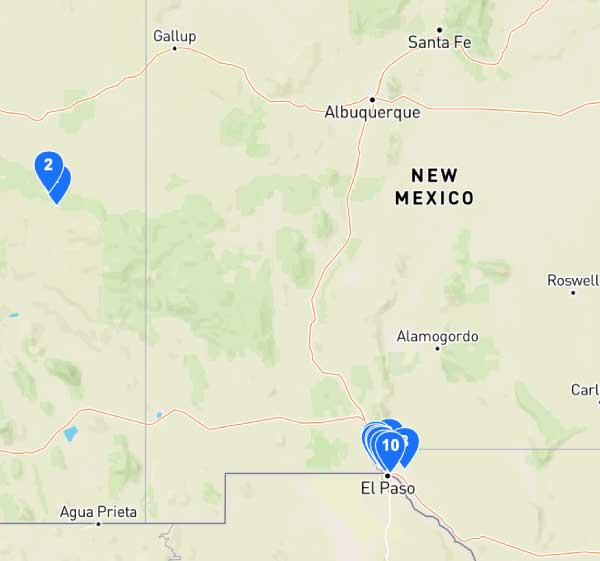 Chase Bank is one of the largest banking institutions in the United States, with nearly 5,200 branches spread throughout the country. However, if you live in the Albuquerque, New Mexico area, you’re (currently) out of luck if you bank with Chase (or want to), and you need to access a local branch.

The closest Chase branch location to Albuquerque is in El Paso, Texas, just under a four hour drive south down I-25.  Google has the drive listed at 3 hours and 44 minutes officially. Chase Bank has several locations in El Paso.

While El Paso is the shortest drive away from Albuquerque with respect to time, if you’re looking for the shortest distance between Albuquerque and a Chase Bank location, you could also head west to the Pinetop location in Lakeside, Arizona or to the Show Low branch office, which is just two miles further away. Lakeside and Lakeside are only 200 miles from Albuquerque, whereas El Paso is about 20 miles further away.

Although Chase has thousands of branch locations throughout the United States, there are several areas where Chase does not have coverage, including in the entire state of New Mexico. Not only are there no Chase branches in Albuquerque, there are no Chase ATMs there either. Although you can use your Chase credit and debit cards at ATMs that are networked with Chase in the area.

You can see from the map included below which areas of the country are lacking in Chase Bank branches, including New Mexico and several other states.

There are obviously lots of banking alternatives to Chase for those who are moving to Albuquerque or spending significant time there and need to have access to a local branch.

If you’re looking for a nationwide bank servicing the Albuquerque area, you can go with Wells Fargo, Bank of America or US Bank, each of which have several local branches in the city.

Especially for smaller banks, there can be some variation as to their customer service and ease of use. I suggest checking a Yelp search of Albuquerque banks to see which bank has the best reputation.