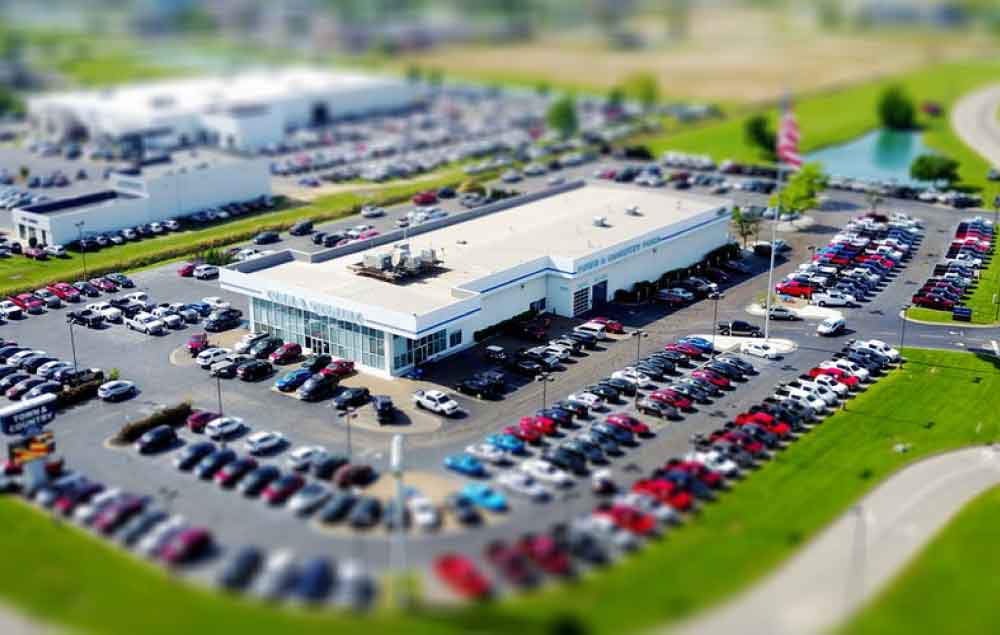 Recently my family outgrew our Toyota Sienna as we went from 6 kids to 7 with the birth of yet another little boy. After some research on various vans (including the Nissan NV3500, the Mercedes-Benz Sprinter, the Ram ProMaster Passenger, the Chevrolet Express, and a couple other options) that met our new criteria, we decided that it was time for us to buy a 12-seater Ford Transit XLT, which has room in the back for luggage, musical instruments, sports equipment, and whatever else we’d need to haul around with our kids.

After deciding on the Ford Transit XLT passenger van, we shopped our local market and compared prices, features, and options on different vehicles in our area. We checked out Craigslist, Facebook Marketplace, eBay, and a few other online classifieds to see what was out there. Somewhat reluctantly (based on past experience, one of which I’ll share to make the point), we expanded our search to include local used car dealers.

My wife took the assignment of checking out what was available at some of the local dealership. To try to simplify things, she filled out a form online describing what we wanted and explaining our budget. The information she submitted was a lead generation tool for local dealerships, allowing them to contact you with their offers relative to your request.

My wife received a text from a fellow named Kenny at Wyatt Johnson Ford in Nashville. He told her that they had a van that matched her description of what we were looking for, and asked us to go down to the dealership to take a look at it. Our price range, described clearly by my wife, was $22,000 and below, especially since we had see lots of these 2016-2017 Ford Transits going for about that amount locally and in other areas of the country. Kenny assured us that the van he had available had just been marked down from $24,000 to $22,000, and was the perfect fit for our family, a 12-seater Ford Transit XLT.

During back and forth text conversation between my wife and this sales guy, he was persistent about having us come later that day, insisting that my wife have me change my plans to make sure we got there before the dealership closed, and telling her that she could just come by herself if I wasn’t able to make it. Reaching another level of audacity, he told my wife that he had driven an hour away to pick up the vehicle and bring it to his dealership locally. It was clear that he wanted this deal done that day.

Not knowing the history of what had been discussed regarding this vehicle, I went with my wife a couple days later to see this vehicle and test drive it. When we arrived at the dealership, we toured the inventory they had outside of used 2017-2018 Ford Transits. The passenger vehicles we saw there were all $28,000 and above, more than $6,000 above what my wife had clearly stated was the highest price we were willing to pay.

When we went into the dealership and asked for Kenny, he eagerly and happily came out and led us to look at a $22,000 Ford Transit. There was only one small problem, it was a cargo van that had no rear windows, and no seats besides in the very front for one driver and one passenger. He glossed over our comments that we were clear about needing a passenger van, one that would fit a family with 7 kids. I had mentioned that we were interested in possibly trading in our old Sienna, and I had asked him how much we’d be able to get for it towards the purchase of a Ford Transit from them.

Don’t Let Them Keep You There!

He asked me for my keys so that he could check out the odometer reading and “a few other things” on my Sienna. I made the mistake of giving them to him. (Don’t ever make that mistake, allowing a used car salesman to hold the keys to your ability to leave at will!) He then told me he’d need to go check with someone at the dealership to get any sort of an estimate of what the trade-in value for my Sienna would be.

From my experience with used car salespeople, they have their own well-refined systems for making sure a potential customer buys from them, including tactics and tricks that appeal heavily to your sense of obligation and consideration. In the dozen or so times I’ve visited used car dealerships, I’ve only observed a used car salesperson be objective or honest maybe in a couple of instances. The dishonesty is almost always an institutional issue, and the sales schemes seem to have been concocted by the dealerships’ management.

In this particular situation with Kenny at Wyatt Johnson Ford in Nashville, he asked us to go back to his office, where we were presented with some cold water and a request to make ourselves at home. I had intentionally scheduled a meeting that would require me to leave the dealership within an hour of being there, ensuring that I didn’t have my entire afternoon wasted by a used car dealer.

When I had the chance to talk to my wife alone, I asked her why it was that Kenny thought we were interested in a cargo van. She showed me the text conversation, and that was enough for me to call it quits with this guy. It was clear that he had no intention of being honest, that he knew he was inviting us to a bait and switch meeting, and that it wasn’t simply a misunderstanding.

One thing I’ve learned about dealing with used car dealerships is that they usually want to wear down your willpower by making you feel invested in your interaction with them. This is normally done by keeping you at the dealership for such a long time that they wear you down. Don’t let this happen to you. Make sure you’re able to leave whenever you feel like it, not at their discretion. The hope from the dealership is for a person to be so emotionally and physically worn out with waiting, negotiating, being courted with water and chocolates, and otherwise losing his resolve that he ultimately thinks, “Well, I’ve invested so much into this situation I might as well just go ahead with it,” even if it’s not a good deal.

Realizing what Kenny had done and was doing, I immediately walked to the front of the dealership and told Kenny to give me back my keys. Although he should have figured out that my private conversation with my wife revealed that he had been lying to us, he seemed surprised at my demeanor, acting as if he was caught off guard by my sudden decision to leave.

The reason I tell this story is because I think it illustrates the approach to almost every single used car dealership I’ve interacted with or heard stories about.

If you’re going to buy a used car from a dealership, you need to make sure you have the gumption to deal with lying, tricks, and other practices that make it feel like a battle more than a pleasant shopping experience. If you can do your research and be ready for that battle going into a dealership, you may come out okay. If you are easily intimidated or have a tendency to do whatever it takes to avoid confrontation or uncomfortable conversations about facts and negotiation, a dealership is likely not the best place to shop for a car.

Pros and Cons of Using a Dealership

The experience I shared above represents a very strong argument against working with a used car dealership. However, in the more rare situation where you can find an honest used car dealer, or in situations where you feel confident that you can push through the smoke screens and get to the opportunity you’re looking for working with a car salesman, it may make sense to purchase from a car dealership versus shopping among individual car owners who are selling their vehicles.

Here are some pros that can be associated with using a dealership to buy an automobile:

The experience I shared at the beginning of this article highlights many of what I’d be consider the cons of buying an automobile from a used car dealership. I’ll organize them into a list form here.

Buying a used car is a big investment for most people. Making a mistake can set you back a bit financially. Making a good decision, getting a car that works like you expect it to and as advertised for a price that fits your budget is rewarding, and helps you maintain or build wealth.

Why Buy a Used Car Instead of a New One?

Buying a new car will cost you essentially 30% of the car’s value in the first year of owning it. 20% of that value loss happens as soon as you drive the car off the lot. The reason that happens has to do with the perception of new versus used. People view used cars much differently than they do new cars. Some part of the market is willing to pay full retail price for a new car because they value the idea of being the original owner. They like knowing that there is no history of occupancy in the vehicle.

Financially, for most people, losing the amount of equity associated with buying a new car simply isn’t acceptable or reasonable. If you’re in a situation where you can’t pay cash for a car, and you don’t have the financial resources that would allow you to justify prioritizing the pleasure of driving a brand spanking new car off the lot above the practicality of having a car that is worth what you recently paid for it, you’re perfectly suited for buying a used car.

Buying a Car from an Individual

If you are careful and have done your homework, you can almost always get a better deal from an individual than you can from a used car dealership. However, there can be greater risk involved when purchasing from an individual, including the risk of buying a total lemon from someone who disappears as quickly as he came.

There are several common suggestions from people with experience buying cars from individuals (including me, and I’ll include mine) that will help you come out on top when buying a car from an individual seller.

Some of the most important factors to keep in mind when buying a car from an individual seller are:

Hopefully this article has helped you understand more about the process of buying a used car, whether from a dealer or from an individual.

Good luck with your shopping!