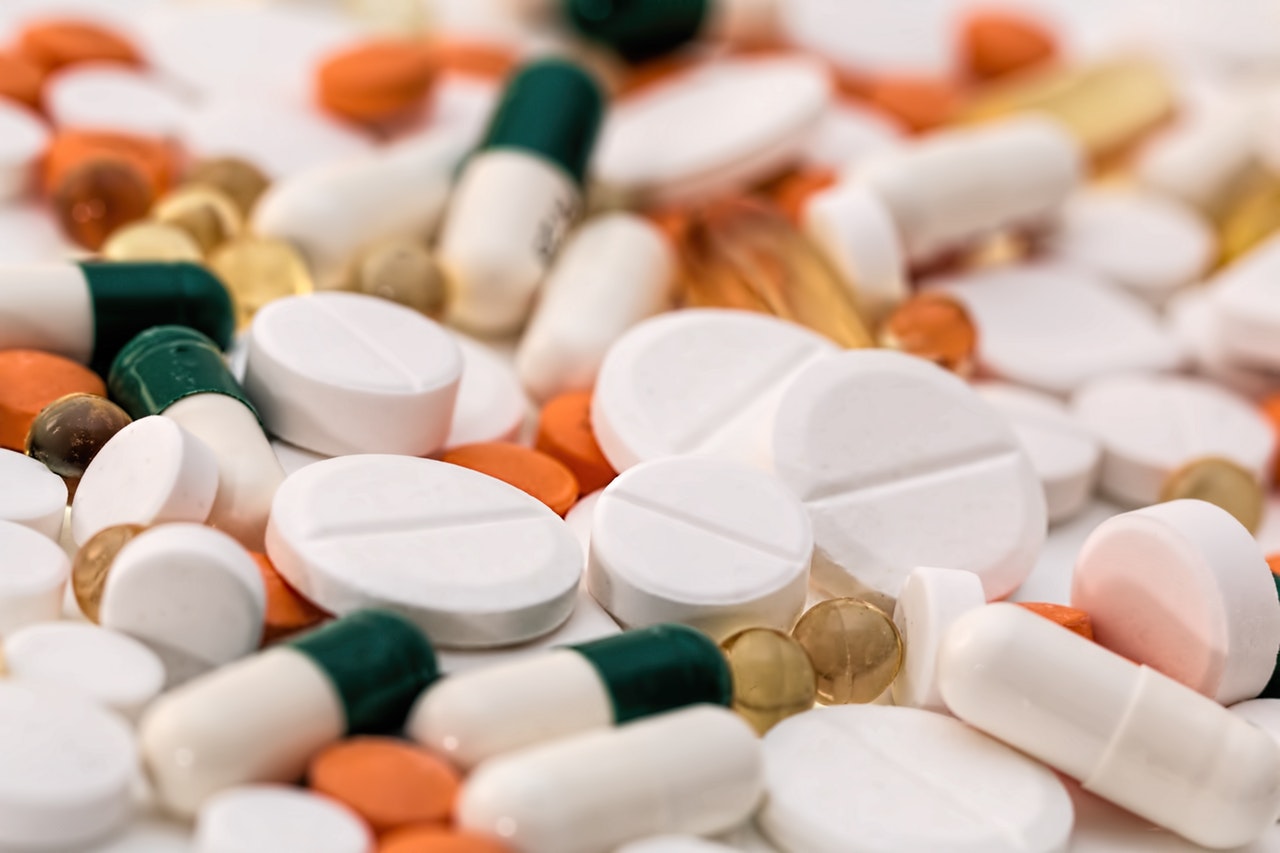 Recently I came across an article that discussed how giving antibiotics to infants can increase their risk of developing allergies by destroying the balance in the gut bacteria, which is highly susceptible in young people. The article piqued my interest because I have several children whose lives have been severely impacted by all of the diseases mentioned in the article’s summary of the newly published research: asthma, food allergies, and skin issues.

Besides reviewing the problems recently discovered about the negative affects of antibiotic overuse for infants and small children, this article is also somewhat of an indictment of the pharmaceutical approach that modern medicine takes to almost every problem. Prescribing drugs is so easy and so profitable (and for most medical professionals the only solution they understand) generally for people in our healthcare system that it’s making many of us less healthy.

It’s no secret that the modern medical world way overuses antibiotics. In fact, the word overuse is an understatement. Most doctors are generally addicted to prescribing antibiotics for almost everything they could possibly be used for.

We’re learning more and more about the dangers of using antibiotics. We’re also learning a lot about the value of finding natural alternatives.

The most recent news, a research letter from the Journal of the American Medical Association (JAMA) published on December 20, 2019, confirmed scientifically something that many of us parents and caregivers have known for a long time: giving antibiotics to young kids can cause them to develop allergies.

As a father of several children who suffer from allergies, I’ve had first-hand experience that influences my understanding that antibiotics should not be the go-to for every infection. I’ll tell you my experience, and I’ll summarize the scientific findings of the JAMA study, which is titled, Association Between Use of Multiple Classes of Antibiotic in Infancy and Allergic Disease in Childhood.

My Son’s Battle with Allergies and Eczema

Nearly seven years ago, my wife and I were excited to welcome our third boy into our family. We named him Ezra. After starting out a perfectly healthy child, our little guy has dealt with the complications of overmedication by antibiotics. Now that we know better than to follow the status quo of medical treatment, my wife and I make it a point to share our experience and the lessons we’ve learned with others. That’s what this article is all about.

Antibiotics Regimen for Testing Positive for Group B Strep

The OB-GYN protocol for women preparing for delivery involves giving them a test for Group B Streptococcus (GBS) in the vaginal area. For women who test positive for Group B Strep in the weeks leading up to delivery, there is a mandatory treatment (at least it feels as if there is no choice in the matter, although those who know enough and are assertive enough can likely legally decline this treatment) of antibiotics during delivery. The antibiotics are administered intravenously through the same IV mechanism that expectant mothers are provided during the delivery process to administer whatever the medical staff deems necessary, including the labor-inducing medicine, Pitocin.

My wife was given two rounds of IV-administered antibiotics. The standard antibiotics given to treat Group B Strep are beta-lactams, including ampicillin and/or penicillin. Although we didn’t understand it during Ezra’s delivery, the risks of these antibiotics were significant. It later became highly evident that his gut health and associated immune system started being compromised because of receiving these antibiotics even as he was going through the birth process.

After receiving another dose of antibiotics (more about that later) within a few months of his birth, Ezra developed a severe case of eczema and food allergies that have had a significant negative impact on his life, including testing positive with allergies to every food he was tested for. Ezra’s first four years involved long nights of scratching the backs of his knees, the fronts of his elbow joints, and his ankles day and night. His eczema was so bad that his skin at the affected areas was often bloody, and always had open wounds that simply would not heal.

Ezra was our second child to develop eczema from receiving a heavy dose of antibiotics at birth. His older brother, Spencer, had a similar experience. Of our seven children, Spencer and Ezra are the only two who were given antibiotics in response to my wife testing positive for GBS. We have had three more children since Ezra was born. Because of our experiences with allergies, eczema, and asthma, we’ve become very well read on what causes those things and how to avoid them in the first place.

Fortunately, our last three children (all boys) have had no symptoms of allergies, eczema, or asthma as their four older siblings have. My wife and I are still working on solutions for our older kids, but we’re very grateful we figured out how to better manage the health of the kids who’ve joined our family later.

One of the important lessons my wife learned was to do whatever was necessary to avoid being forced to receive the GBS antibiotics during delivery. She been successful at that goal in three straight pregnancies.

To avoid this antibiotic welcoming to the world for our next three children, just prior to the test my wife used colloidal silver (applying it topically to the vagina area) to kill any GBS bacteria that might have been lurking. This natural alternative to antibiotics made it so that she didn’t test positive, which meant that she didn’t welcome our next three children into the world using antibiotics. As mentioned before, not surprisingly, none of those last three boys have issues related to gut health, namely autoimmune diseases.

Three months after Ezra was born, my wife experienced a severe case of Mastitis. Being inexperienced with that condition, she contacted her doctor for help. The doctor, having diagnosed the condition over the phone and being aware of the fact that this little baby had already been treated with antibiotics during the birthing process, blithely prescribed for my wife a strong antibiotic, Cephalexin.

Within days of when she began taking the Cephalexin prescription, my wife and I both noticed that our little boy’s cheeks became discolored and chaffed, looking like they were infected with something. At the time we thought it was just a temporary condition that would soon subside, especially since he was an otherwise perfectly healthy little boy.

For any nursing mother who experience mastitis when nursing newborns, taking an antibiotic can seem like the only solution, since that’s what’s almost always prescribed by doctors.

It’s useful to know that there are lots of natural remedies for mastitis, including taking a warm shower and massaging the affected area to unclog the milk duct. Other natural solutions for treating mastitis include using a compress made with dandelion or taking specific probiotics (the L. fermentum and L. salivarius  strains), eating raw garlic, using essential oils, and a several other approaches that have work with varying degrees of success.

That would end up not being the case at all. Just the opposite happened. For the next several years and even until now, Ezra’s health has been compromised by the destructive effect to his gut health brought on by antibiotics that were given to him on two separate occasions, both times being administered to him through my wife.

The typical medical approach to treating Ezra’s eczema was always prescriptions for steroids, then stronger steroids, then still stronger ones. That approach not only didn’t work and ultimately had no long-term value, but it actually was destroying our son’s skin.

After observing by vivid experience that the modern doctor simply doesn’t seemed to be educated or equipped towards healing and that the much more common approach is to simply mask or put off disease symptoms, my wife and I have focused much of our research on natural alternatives to pharmaceuticals.

When Ezra was a year old, he developed a nasty MRSA infection, almost certainly attributable to the fact that his skin was almost always open flesh in the areas where he was affected by eczema.

Understanding that MRSA can be very dangerous if not held in check, we took Ezra to a doctor, who again prescribed heavy antibiotics. This would be the third significant antibiotics regimen for this little boy in his first year of life. After the first antibiotic failed to kill the MRSA infection, a different kind of antibiotic was prescribed. When this one didn’t work, a third antibiotic was called for.

None of these antibiotics had any helpful effect to get rid of the infection. Instead, we went a different route, having exhausted the pharmaceutical approach to getting rid of a potentially deadly infection.

Over the months following the failure of the antibiotics to successful get rid of the infection, we instead used a strict diet, tea tree oil, and colloidal silver. The combination of those three things ultimately got rid of the MRSA, and it has never reappeared since. We are extremely grateful for that breakthrough.

Antibiotics and Hypersensitivity to Food

We quickly found out after aggressively going after Ezra’s MRSA infection using our doctor’s list of most-popular antibiotic candidates that his immune system had been compromised so much that almost every type of food began to be treated as a foreign invader, including eggs, beans, corn, fruits, vegetables, meats…everything he was tested for. His allergic reaction test chart was so full of scores that showed significant reactions to foods that the allergists told us that we’d need to see a nutritionist to figure out which foods Ezra could include in his diet to keep him nourished without complications.

After having Ezra’s food allergy test scores available to us, we became disciplined about avoiding foods that had scored highly. However, each time Ezra ate almost anything, he would break out in hives. His energy level was severely low. There were times when my wife told me she was worried that his body might simply give up.

On Thanksgiving Day in 2015, just a few months before his second birthday, Ezra woke up in the morning with severe rashes, labored breathing, and such a lethargic demeanor that we decided we needed to take him to the hospital. He was checked in and ultimately given a second dose of epinephrine after it was decided that the first one administered was not calming down his immune system enough.

The doctors and nurses acted like (and some even commented to that effect) they’d never seen a little boy with allergies this severe. After describing all of the approaches we’d used to treat Ezra, one of the nurses went so far as to recommend finding a NAET (Nambudripad Allergy Elimination Techniques, an approach that involves muscle testing and energy healing) practitioner. We ended up trying NAET for months without success before giving up on that approach.

What we found most successful was a diet that had been recommended to us by a friend who had used the diet to successfully treat her son’s chronic Crohn’s disease situation. The diet is listed in the book Breaking the Vicious Cycle. It involves, among other things, completely cutting out sugar along with overloading on probiotics and prebiotics.

This article and the research article that motivated this article both make strong arguments against overusing antibiotics to treat people for infections and diseases, especially infants and young children, whose immune systems are not well developed, and who are susceptible to the negative side effects of destroying bacteria in the gut.

There are many benefits of having antibiotics available and in taking the approach of using them to treat certain infections. However, as a parent and as a student of both the pharmaceutical and natural approaches to healthcare, it is clear to me that it’s best to use alternatives to antibiotics whenever possible.